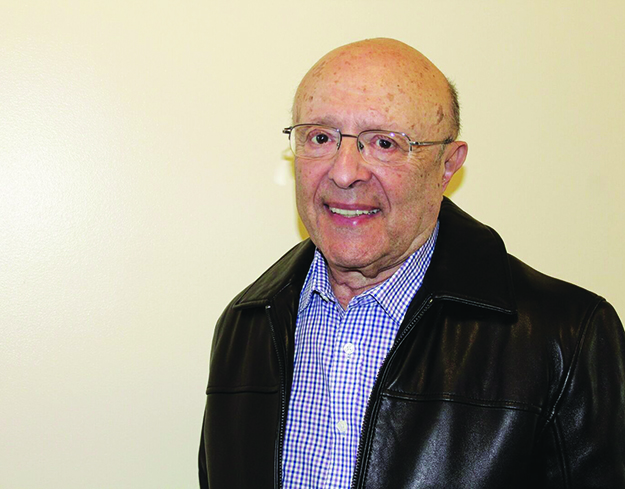 Autism is a common, yet very complex, developmental disability that has been on the rise in recent times. According to the Centers for Disease Control and Prevention, one in sixty-eight children in the United States have a form of autism. People with an autistic disorder often show significant language delays, repetitive behavior as well as social and communication challenges; and often times have experienced emotional and/or physical trauma. Children with autism are usually diagnosed by the age of four, as signs begin to show at a young age such as having obsessive interests, having trouble understanding others’ feelings and not responding by name.

Reflective Network Therapy (RNT) is a method which helps children with autism, between the ages of two and seven, in a classroom setting. Developed by Dr. Gilbert Kliman in 1965, RNT has assisted over 1,800 developmentally and emotionally disabled children including many foster care children.

“The method involves working with the child in a play therapy session, twenty minutes at a time, every school day,” explains Dr. Kliman. “Each child is worked with every day by a play therapist right in the classroom. Before that therapy session, the teacher briefs the child and the therapist about what the child’s been doing that day – in class and at home. Often the parent has dropped off the child and said ‘Johnny had a bad dream’, ‘Johnny said a whole lot of new words yesterday that we didn’t know he could say’, ‘he started to read’ or ‘he got into trouble’. The teacher uses a very small amount of time, just a minute or two, to condense that information for the therapist. After the twenty-minute play therapy session, the child and the therapist do the same thing in reverse – they debrief the teacher. ‘Johnny has been playing with dogs and cats. The cats had babies and Johnny seemed to be upset about the cats having babies’ and the teacher hears that.

“Meanwhile, other children are allowed to help each session – the children who are not having problems can help the special needs child,” he continues. “For example, he might not know how to play very well, so the more skilled children can teach him how to play and can teach him how to talk and behave. In that process the regular kids become very helpful and altruistic. It’s good for them to learn they can be helpful in their own communities to their own peers. Parents do something similar every week, they get together with the teacher or the therapist and share information about the child, they brief and debrief each other. This establishes a network in which everybody in the classroom has a part in bringing the community’s healing force to a special needs child. We’re finding this very helpful for children who have been through trauma, like domestic violence or having to move from one home to another home – often foster homes. It’s very helpful for children with developmental problems like autism.”

Often referring to RNT as ‘community based’, Dr. Kliman believes that it is important for the child to be in an environment where they feel safe and comfortable. For the past year, Dr. Kliman worked with the Betty J. Taylor Early Learning Academy to implement RNT for the children of the Academy who are either autistic, in beda?chelh, or experienced some form of trauma. Dr. Kliman believes that tribal communities who have their own early learning programs can benefit greatly from RNT.

“The unique part about this method is that it’s evidenced-based and can be carried out in a child’s regular school,” he states. “It’s particularly valuable for Native American special needs children that they be treated in their tribe’s own school and learn their native languages rather than be bussed to a distant white school, which I think was a terrible mistake that happened a long time ago and still haunts Native American communities to this day – the boarding school experience. Native American special needs children go through an unfortunate repetition of that exclusionary experience and what I’m bringing for the past couple years is a message that we can include special needs children at the Betty J. Taylor Center just as it has been done in other preschools.

“I have seen some children get much brighter,” says Dr. Kliman of the kids he is working with at the Early Learning Academy. “I have seen some very agitated hyper-active children become calm and focused without medication – not one of the about 15 children we’ve worked with has been given medication by us. We prefer, in fact, to take children off any medication they’re on because at this age we feel it’s really risky for children to be on some of these powerful medications. We’ve seen mute children become talkative, we have seen some autistic children become well-related, a trans-gender child become more self-confident. We have some children become kinder to themselves, children who use to hurt themselves become more self-respecting and safer. I think the best effect is, in general, children seem to like themselves better with this treatment, they feel self-respect. They absorb the respect of the therapist, teacher, peers and parents so they can feel it’s worthwhile to be themselves. This treatment is a community treatment in which the community of the classroom is harnessed for the good of the individual child.”

In 2011, Dr. Kliman published the book Reflective Network Therapy in the Preschool Classroom to share his method with the world and was met with rave reviews and several awards. The book featured testimonies from many of the children, now adults, affected by RNT. Although there are several different methods, theories and approaches to autism are that there is no cure for the disability as of yet. However, RNT appears to be the most effective treatment to date. In a twice-tested study, a group of seventy-nine autistic and special needs children showed significant improvements to their IQ scores while using Dr. Kliman’s RNT method, with an average increase of fifteen points. One child in particular went from an IQ score of fifty-two to a score of ninety-one during the course of one school year.

“There are about eighty kids we’ve now tested twice for IQ,” he explains. “From nine different projects. From Michigan, Seattle, San Francisco, San Mateo, Argentina and White Plains, New York, we put them all together and the unusual thing about it is almost all the children had a rise of IQ – and they’re all special needs kids. Ordinarily when a kid is traumatized by watching a lot of domestic violence, they do lose some IQ points. This treatment goes the other way; they’re gaining IQ points. It’s not happening with the sixty-three comparison children; in fact, they have no change or slight drops of IQ. These are not significant drops but these are significant gains. We think this is a very sturdy bit of scientific evidence. More importantly, it’s not hard to do and this method seems to work in a lot of different settings.

“There’s a lot of evidence now, in both autism and post-traumatic stress disorder, that there’s some disconnection of brain centers that are ordinarily well-connected, but with those disorders they are not so well-connected. For example, loving and learning centers are not well-connected in autism or post-traumatic stress disorder. Whereas in this treatment, we try to help the child feel cared about and understood in a positive and affectionate way, by the whole school community, and that seems to help the brain grow. It particularly helps the connections in the brain grow. The better all the parts in the brain work together, the stronger and more resilient the individual is.”