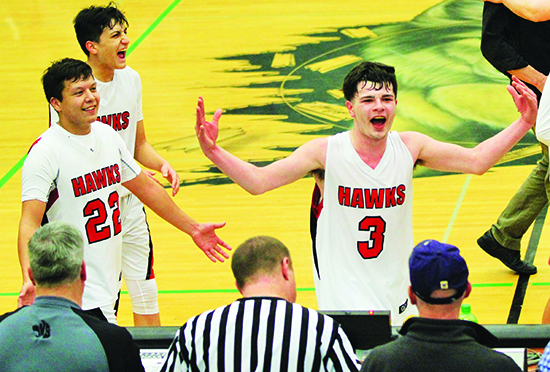 In the biggest game of the season, with a trip to State on the line, the Heritage Hawks overcame an early deficit, managed their foul trouble, and rode the flaming hot-hand of Jr. Shay for an emphatic victory.

The game was played on a neutral site, Jackson High School in Mill Creek, on Saturday, February 24 between the Tulalip Heritage Hawks and the Eagles from Pope John Paul II. These two team previously played two weeks prior, with the Hawks earning a hard fought 50-44 W.

During the 1st quarter, the Hawks came out lethargic and found themselves in an early 2-8 hole. After making a couple substitutions to shore up the defense, Tulalip got engaged on both ends of the floor and tied the game at 10-10.

Trailing 15-18 entering the 2nd quarter, Hawks senior guard Jr. Shay started to make his imprint on the game in a big way. Jr. bailed out back-to-back possessions late in the shot clock by knocking down 3-pointers. The outside shooting was contagious as Josh Iukes and Alonzo Jones both got buckets from perimeter shooting as well. At halftime Tulalip led 31-28. 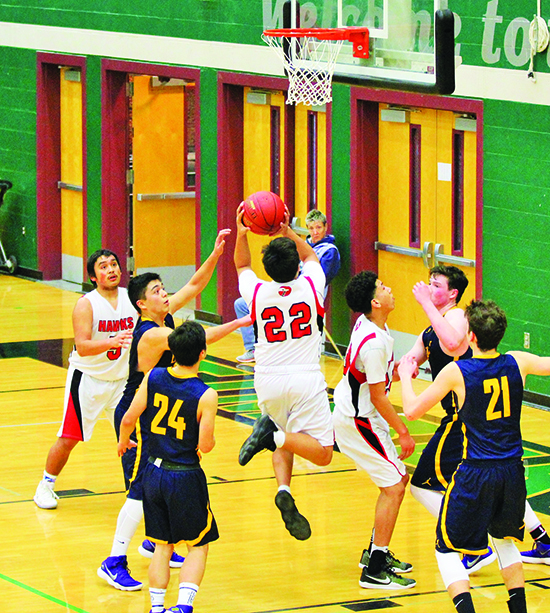 In the 3rd quarter, with the score tied at 36-36, center Rodney Barber picked up his 4th foul, sending him to the bench. As a team, Heritage collected its 7th team foul with 1:15 remaining, meaning their opponent would be in a bonus free-throw situation for the remainder of the 3rd and entire 4th quarters. For their part, the Hawks navigated their foul trouble admirably by playing straight-up defense and contesting jump shots without fouling.

The game turned when Jr. Shay knocked down his fourth 3-pointer of the game, followed by Josh Iukes and Isaac Comenote both connecting on 3-pointers of their own. The offensive spurt put Tulalip ahead 49-39.

Down the stretch of the 4th quarter, Jr. Shay hit two more 3-pointers, giving him a season-high six 3-pointers made in the game. The Eagles from Pope John Paul II intentionally fouled to slow the game down, but the Hawks were hitting their free-throws to keep their lead in the double digits. When the final buzzer sounded, Heritage came away with the 66-57 win. 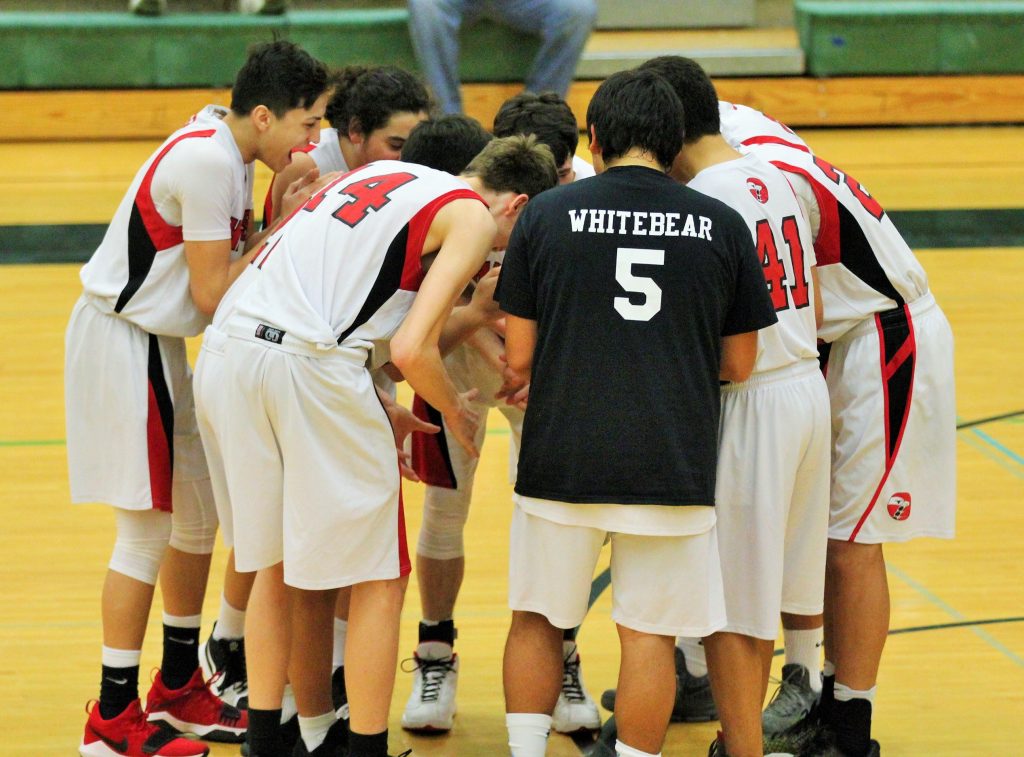 “My team was drive-and-kicking me the ball a lot because I was getting open, and I executed with six 3-pointers,” Jr. Shay stated with lots of energy following the W. “Me and Isaac were knocking down threes right off the bat and the team did a good job of riding the hot hand. If it wasn’t for the hustle of the guys down low, Rodney, Sammy, and Nashone getting into position and then kicking the ball back out to the guards, we wouldn’t have the outside shooting setup like we did.

“Honestly, as a senior today knowing this could be my final high school game, I had to take over at times because I wasn’t ready to go home. Now, we’re moving on to the Dome, to the State Tournament in Spokane. We’re going to try to make something special happen now.”