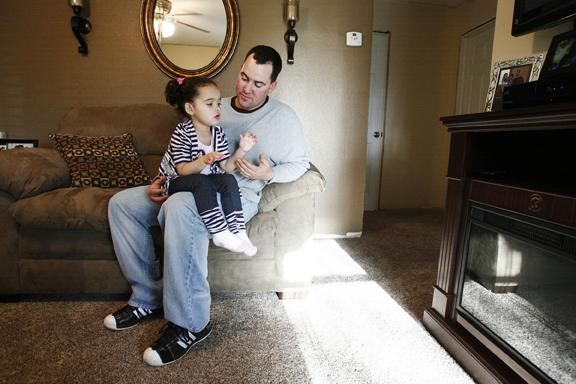 In a move that ensured the protracted continuance of the four-year custody battle over Veronica Brown, the Supreme Court today reversed and remanded Adoptive Couple v. Baby Girl back to the South Carolina courts for further review. In a narrow 5-4 ruling that revealed the philosophical fracture among the justices, the nation’s highest Court held that sections of the Indian Child Welfare Act “did not bar the termination of parental rights” under state law.

Justice Samuel Alito, writing for the majority, rested the majority argument on the hair-splitting phrase “continued custody,” holding that “showing that serious harm to the Indian child is likely to result from the parent’s ‘continued custody’ of the child—does not apply when, as here, the relevant parent never had custody of the child.” Further, the majority ruled that existing Indian family placement preference do not apply when “no alternative party has formally sought to adopt the child.”

Though the Court did not terminate the parental rights of Dusten Brown or transfer custody of Veronica back to the Capobiancos, the justices left intact the remainder of the Indian Child Welfare Act and remanded the case back to South Carolina. Now, Brown and the Capobiancos will square off yet again in what has become one of the longest, most bitter, contentious and expensive custody fights in U.S. History. In his ominous concurrence with the majority ruling, Justice Clarence Thomas raised the stakes by included a voluminous appraisal of the Indian Commerce Clause and its rhetorical application in the difference between “tribes” and “Indian persons.”

In her dissent, Justice Sonia Sotomayor made clear that simply because the majority disagreed with the Congressional policies outlined in ICWA, it was not a valid reason to “distort the provisions of the Act.”

“The majority does not and cannot reasonably dispute that ICWA grants biological fathers, as “parent[s],” the right to be present at a termination of parental rights proceeding and to have their views and claims heard there.” wrote Justice Sotomayor.  “But the majority gives with one hand and takes away with the other. Having assumed a uniform federal definition of “parent” that confers certain procedural rights, the majority then illogically concludes that ICWA’ substantive protections are available only to a subset of “parent[s]”: those who have previously had physical or state-recognized legal custody of his or her child. The statute does not support this departure.”

Court watchers in this case have now shifted the focus from the stricken provisions of the Indian Child Welfare Act to the broader, more widely interpreted standard of “best interest analysis” in determining custodial placement of Veronica between Matt and Melanie Capobianco and Dusten and Robin Brown.

“What this Court said is that going forward, unwed birth fathers who do not take the steps required to acquire parental rights will not benefit from the provisions in ICWA,” said Martin Guggenheim, Professor of Law at New York University. “By remanding back to the lower courts, ‘best interest’ is now a new question before the courts, and that she may suffer a second disruption in her life. But Sotomayor did remind the reader in her dissent that the Cherokee Nation could put forward other options in jurisdiction and adoptive preference. Either way, the Supreme Court won’t care what South Carolina does with respect to interest, though the length of time [Veronica] spent with the father is now a factor in his favor.”

While the Court did strike certain sections of the law, it left intact the rest of the act, which is still applicable under federal mandate.

“We’re relieved that the Court upheld Congressional authority to protect Indian children,” said Terry Cross, executive director of the National Indian Child Welfare Association. “This decision only applies to unwed fathers, but it remains our job to make sure people know that ICWA is still law, it’s still in force and they have to follow it.”

At the Cherokee Nation tribal headquarters in Tahlequah, Oklahoma, Principal Chief Bill John Baker pledged the tribe’s support in assisting Dusten Brown in the duration of this litigation.

“Certainly we’re disappointed with the ruling, namely because Dusten Brown now has a whole litany of legal issues still before him,” said Baker. “But we are hopeful that he will prevail because the facts in this case are on his side. As a father and grandfather, it’s hard to see any parent be told that they can’t raise their own biological child. Regardless of the circumstances, it has been extremely painful to watch.”