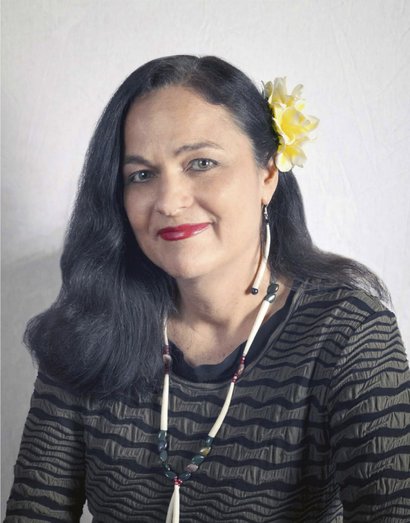 T. Lulani Arquette believes that the original, nature-based values of Native American peoples still have a lot to teach a Western culture that she said is teetering on the edge of suicide.

She’s wary of “noble savage” stereotypes, she said, but when she looks around at the degradation of our planet, she can’t help but conclude that our drive to conquer and use nature is misguided at best. “There is a more sacred view of the circle of life,” she said. For all their diversity, the original nations of North America did share that essential view.

Arquette is president and CEO of the Native Arts and Cultures Foundation, a nonprofit agency founded in 2007 as a sort of “Native National Endowment for the Arts,” she said. Originally seeded with Ford Foundation money, the Native Arts and Cultures Foundation meant to make its home in Portland, Arquette said, but somebody advised her to check out Vancouver. The Historic Reserve area was so full of relevant history that the foundation seemed a perfect fit there, she said, and set up shop on Officers Row until a combination of rising rent and organizational growth spurred it to move to a bigger, more practical space on Northeast 112th Avenue. 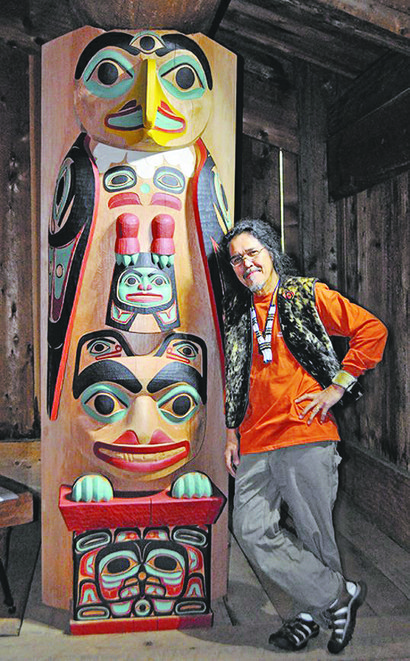 Native Arts and Cultures Foundation “traditional arts” fellow Israel Shotridge and one of his creations.

The Native Arts and Cultures Foundation aims to take on difficult problems — environmental, economic, cultural — through great artworks created by Native Americans. Since 2010, the foundation has supported 85 artists nationwide with $1.6 million in grants. Poetry and painting, film and dance, traditional and edgily post-modern — all sorts of artworks by all sorts of American Indian, Alaskan and Hawaiian artists have been produced thanks to the support of the Vancouver-based foundation.

The foundation just announced its fellowships for 2014: a total of $220,000 for 16 artists, including Israel Shotridge, a totem pole restoration artist and Tlingit Indian based in Vashon, to Brooke Swaney, a Blackfeet/Salish filmmaker from Poison, Mont.

Perhaps because there are so few Native Americans in Clark County (less than 1 percent of the population), the foundation has found precious few local artists to support. It is an ongoing supporter of downtown Vancouver’s Ke Kukui Foundation (kekukuifoundation.org), which presents an annual Hawaiian Festival in Esther Short Park the third weekend of every July. It helped Ke Kukui bring an independent Hawaiian film event to the Kiggins Theatre in November. And it has sponsored summer workshops for young people.

Arquette — a native Hawaiian with degrees in both political science and theater — said she’d love to connect more with Clark County Native American artists and cultural institutions. The foundation’s fellowships aren’t for beginners, however — they’re for developed artists who have produced a “substantial body of work” and are at the top of their game, Arquette said.

Learn more about the Native Arts and Cultures Foundation at nativeartsandcultures.org.

Bits ‘n’ Pieces appears Fridays and Saturdays. If you have a story you’d like to share, email bits@columbian.com.