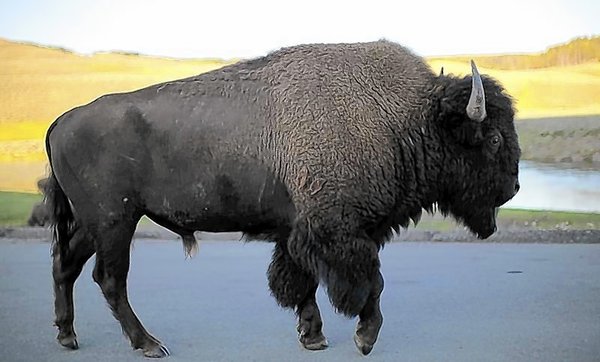 SALMON, Idaho (Reuters) – The Nez Perce tribe once hunted bison in what is now Yellowstone National Park, and some tribal leaders want to revive the practice, which ended with Western settlement and the near total extermination of the once-vast U.S. bison herds.

Today, remnants of the bison, or buffalo, herds still roam the grasslands and river valleys of Yellowstone, a huge park that covers parts of Wyoming, Montana and Idaho.

The park lands, in which hunting is illegal, once made up a key segment of the Idaho tribe’s traditional hunting grounds, and some Nez Perce leaders say they should again be able to hunt buffalo inside the park.

“Before there was a park, there was a tribe,” Nez Perce Chairman Silas Whitman said. “Some of our members already feel we have the right to hunt in the park, but it hasn’t been exercised because we feel it would be remiss in going forward that way.”

After asserting hunting rights tied to historic treaties in recent years, the Nez Perce and three other tribes already hunt those bison that follow ancient migration routes outside the park and into Montana in search of winter range.

The Nez Perce have not yet formally requested hunting rights inside the park. Such a request would require extensive federal review, major changes to Yellowstone policies, and congressional action to modify a founding law that banned hunting or killing of buffalo and other wildlife there.

The prospect of hunting any of the 4,000 buffalo within Yellowstone boundaries is strongly opposed by animal advocates, who decry an existing culling program that allows hundreds of bison to be hunted and shipped to slaughter annually.

“Yellowstone is against any proposal to hunt in the park,” said David Hallac, chief of the Yellowstone Center for Resources, the park’s science and research branch.

Whitman said the tribe would not force the issue by violating any of the park’s regulations but may seek to broach the topic with the U.S. Interior Department, which oversees the national park system, or perhaps lobby Congress “to request those changes be made”.

Management of Yellowstone bison has stirred controversy for decades. Killing of animals that wander into Montana in winter in search of food aims to keep in check a herd population whose size is determined by social tolerance rather than the ecosystem’s carrying capacity, Yellowstone officials said.

The culling is also designed to ease the worries of Montana ranchers who fear bison will transmit the cattle disease brucellosis, which can cause animals to miscarry, to cows that graze near the park.

That could put into jeopardy Montana’s brucellosis-free status, which allows ranchers to ship livestock across state lines without testing.

Marty Zaluski, Montana state veterinarian and member of a state, federal and tribal team that manages bison in and around Yellowstone, is a proponent of hunting in the park and told Reuters in February it needed to be “looked at more seriously as a possible solution”.

He said it would bring the herd closer to a population target of 3,000 to 3,500 and lessen the public outcry tied to slaughter of wayward buffalo.

But Yellowstone’s Hallac contends that hunting in the park, which draws 3 million visitors a year because of tourist attractions such as the Old Faithful geyser and the bison, would further complicate matters.

“Even a proposal to hunt in the park causes more problems than the dilemma it intends to solve,” he said. “These are America’s wildlife and a crucial part of our national heritage. To propose to hunt in a place established specifically to prevent animals from being hunted is bizarre.” 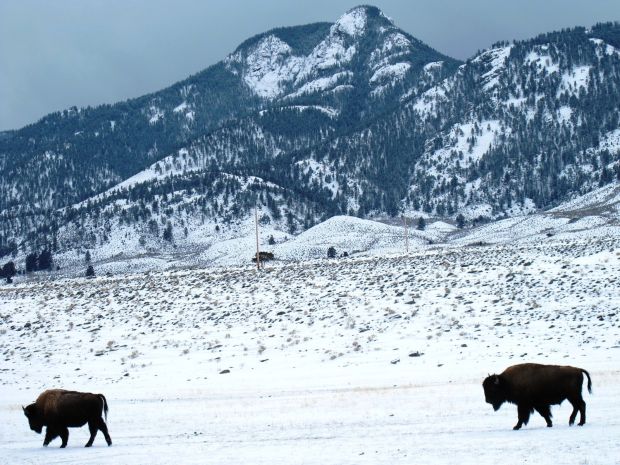 BILLINGS, Mont. — Yellowstone National Park transferred 20 bison to a Montana Indian tribe for slaughter on Wednesday, marking the first such action this winter under a plan to drastically reduce the size of the largest genetically pure bison population in the U.S.

The transfer was first disclosed by the Buffalo Field Campaign, a wildlife advocacy group, and confirmed by park officials.

Five more bison that had been captured were to be turned over to the U.S. Department of Agriculture on Thursday for use in an experimental animal contraception program, said park spokesman Al Nash.

Yellowstone administrators plan to slaughter up to 600 bison this winter if harsh weather conditions inside the 2.2-million-acre park spur a large migration of the animals to lower elevations in Montana. It’s part of a multiyear plan to reduce the population from an estimated 4,600 animals to about 3,000, under an agreement between federal and state officials signed in 2000.

Tens of millions of bison once roamed the North American Plains before overhunting drove them to near extinction by the early 1900s. Yellowstone is one of the few places where they survive in the wild.

James Holt, a member of Idaho’s Nez Perce tribe and board member for the Buffalo Field Campaign, said the park’s population target was an arbitrary number that threatens to infringe on treaty hunting rights held by his and other tribes. Members of those tribes travel hundreds of miles every winter for the chance to harvest bison.

Holt said many tribes have a sacred, spiritual connection with the animals because American Indians historically depended on them for food and clothing.

“We’re talking about the last free-roaming herd here,” he said. “It does them a disservice and is a disrespect to them that they are being treated in this manner.”

But Montana’s livestock industry has little tolerance for bison because of concerns over disease and competition with cattle for grass.

Steps taken by former Montana Gov. Brian Schweitzer to give bison more room to roam outside the park have yielded mixed results, with ranchers and local officials pushing back.

The last major bison slaughter occurred in the winter of 2008, when 1,600 were killed. Schweitzer later placed a temporary moratorium on the practice that has since expired.

The latest group of bison destined for slaughter was transferred to the Confederated Salish and Kootenai tribes.

Nash said hundreds more bison remain clustered near the park’s northern boundary, where the 25 animals were captured Friday after they wandered into a holding facility. That sets the stage for potentially more shipments to slaughter in coming days and weeks if more bison start to move into Montana.

“We’re set up and ready to go should we see bison come down in significant numbers,” Nash said.