National Public Radio host Michel Martin talked with Ray Halbritter, of the Oneida Nation, about the gesture to pay for schools uniforms after the decision to change the “Redskins” name at Cooperstown Central School.  Listen here

The message that calling sports teams “Redskins” isn’t right seems to be getting across in some circles and, perhaps most important, to the younger generation.

Some, including Washington Redskins owner Daniel Snyder, still say the derogatory term is fine. Though others say his argument, that it’s all right to use because there are some 70 high schools in 25 states that use the name, is weak.

In her February 13 Washington Post column titled, “On Washington Redskins’ name, it’s time the grown-ups talk sense into Daniel Snyder,” Sally Jenkins was one of them.

“If you’ve long suspected that football is not a measure of intellect…a series of prominently displayed pseudo-articles defend the club’s use of a racial slur as a mascot on the grounds that lots of high schools are nicknamed ‘Redskins’ too — so it must be okay,” she says. “Which we can only take to mean that pretty soon owner Daniel Snyder will be skipping class to build a potato gun.”

But Snyder couldn’t be more wrong. In fact, recent events fly in the face of his argument. Like at Cooperstown Central School, when in early February, the students there decided they no longer wanted to be known as the Redskins. 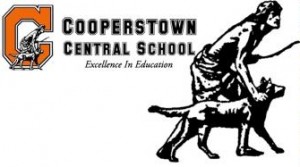 When Cooperstown students stood up, national news media noticed. Their decision to get rid of the nickname was reported by The Associated Press, ESPN, Fox Sports, the Wall Street Journal and Indian Country Today Media Network.

“There were several students who came forward to the superintendent and myself,” Cooperstown Board of Education President Dr. David Borgstrom told ICTMN. “They told us how uncomfortable they felt about it and we made a commitment to educate the students about cultural diversity. When they brought it forward there wasn’t really any other response we could give them than, ‘You’re right.’”

Borgstrom said he’s incredibly proud of the students for coming forward and that the most important thing he has learned in this name-change process is just how socially aware the younger generation is and that they recognize the role they can play in making changes.

The older generations, especially alumni from schools that use the mascots under scrutiny, have been harder to change.

This has been the case in Cooperstown as well. Borgstrom said that when there was heated debate over the mascot changing at a board meeting, the students stood their ground. The next board of education meeting is scheduled for March 6. That’s when the official vote on whether to keep or remove the Redskins mascot will take place.

“What we have been discussing here has been linked to the football team in Washington and I think it has put more pressure on them and the Cleveland baseball team…. If a few students coming forward in Cooperstown paves the way for change elsewhere, wouldn’t that be wonderful,” Borgstrom said. “The way this is going it’s not out of the realm of possibilities.”

But changing monikers is going to cost money. Money that some schools just don’t have. That’s why when the Oneida Indian Nation heard about the students in Cooperstown, it offered to pay for the school’s new uniforms once a new nickname is chosen. Borgstrom couldn’t give a definite cost for new uniforms, but estimated it will cost between $5,000 and $7,000 to make the change. 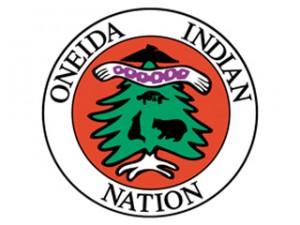 “You have announced a standard that recognizes that mascots which are known to dehumanize and disrespect any race of mankind have no place in our schools, or our great country,” wrote Oneida Nation Representative and CEO Ray Halbritter in a letter to the Cooperstown students. “We understand that your courageous decision also comes with a financial consequence and, unfortunately, potential backlash from those who somehow claim that ethnic stereotyping is a victimless crime.”

By providing monetary help, the Oneida Nation has taken one worry off the school board’s plate.

“I think it’s a wonderful gesture on the part of the Oneida Nation. It speaks to the importance of it to them,” Borgstrom said.

This could mean there are other tribal nations out there willing to help other schools that want to take the plunge and get rid of their Native mascots or logos.

That’s why in an upcoming issue of This Week From Indian Country Today, there will be a call to action to establish a fund to help other schools. The idea is to make students feel empowered, not hampered when thinking about making the decision to leave behind dehumanizing terms like “redskins.” Offering donations will be a way to help students understand they have help with this journey and won’t have to take money away from other programs their schools offer.