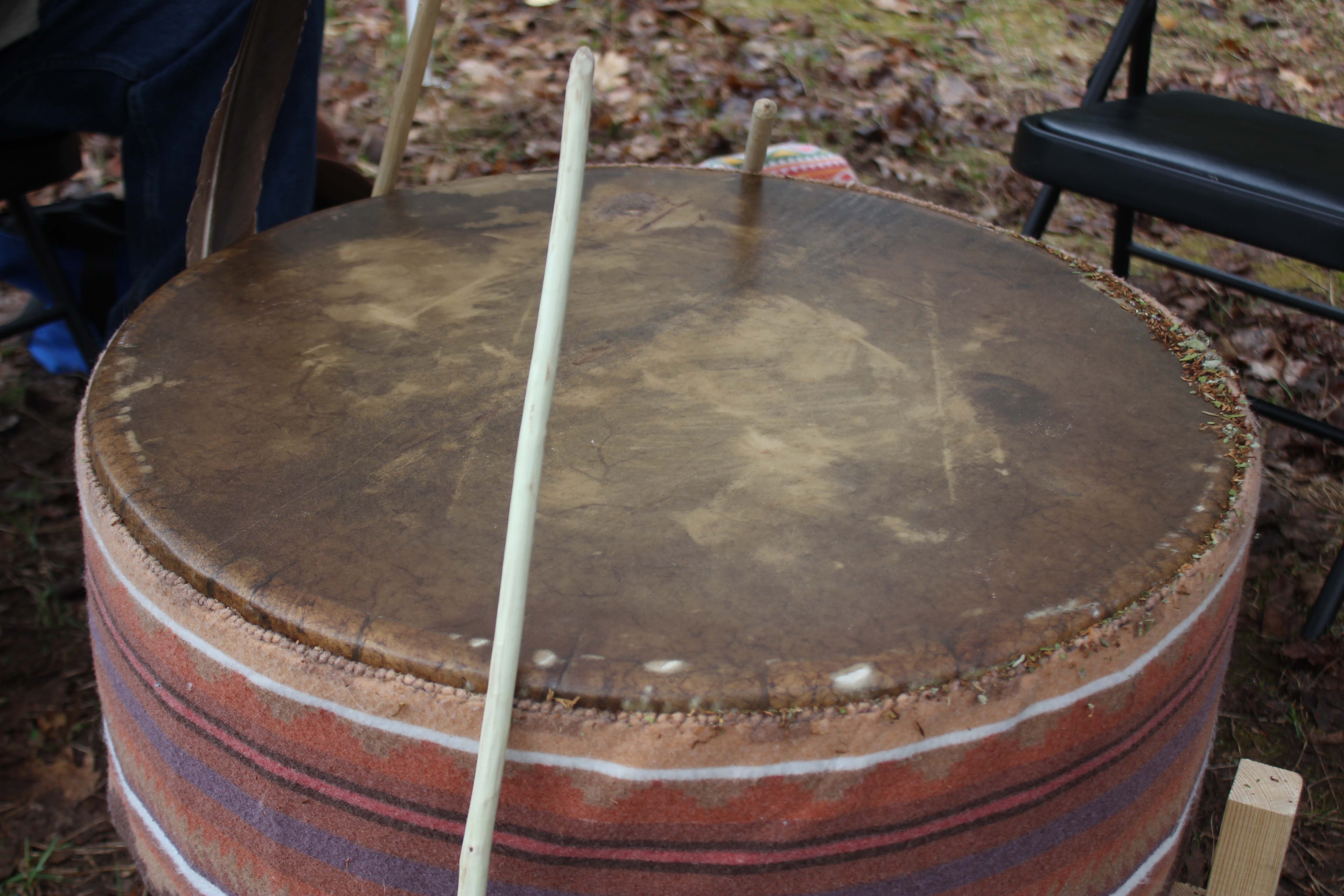 Native American tribal elders from Bad River and Red Cliff held a drum ceremony this weekend calling upon the spirits to offer guidance in their fight against a proposed iron mine in northern Wisconsin.

Deep in the woods along the Potato River, a small group of tribal elders, members and non-native people gather around a drum created to protect the Bad River community from the proposed iron mine in the Penokee Hills.

It was then time to sing, with DePerry ad-libbing songs he says are borrowed from the spirits.

“One of the things that I’ve been hearing — that the drum was talking about — is we’ve got to stop the ignorance, the disrespect, the dishonor and the displaying of ownership because you know, we don’t call it ownership, we call it sharing: we call this land our home.”

DePerry says with these ceremonies non-native people can experience how sacred nature is to them and why they fear how the mine might affect them.

Bad River Tribal Elder Bing Lemieux says the spirits told him in a dream to make this drum to protect his community from the mine.

“We were told to make this and this is how we fight now. We’re calling in more than us and we do have other people now who are beginning to think like us and wanting to take care of our environment rather than tear it up.”

Lemieux says he and other tribal people are disappointed with lawmakers in Madison for not listening to them.

And, while some will fight the mine through protest or civil disobedience, he says they’ll continue their resistance through education, prayer and song.