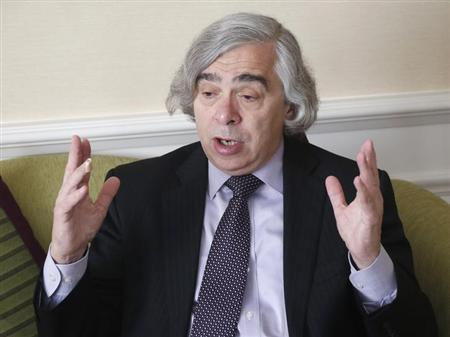 The U.S. government is not waging a “war on coal” but rather expects it to still play a significant role, U.S. Energy Secretary Ernest Moniz said on Sunday, rejecting criticism of President Barack Obama’s climate change plan.

The long-awaited plan drew criticism from the coal industry, which would be hit hard by carbon limits, and Republicans, who accused the Democratic president of advancing policies that harm the economy and kill jobs. Environmentalists largely cheered the proposals, though some said the moves did not go far enough.

Obama “expects fossil fuels, and coal specifically, to remain a significant contributor for some time,” Moniz told Reuters in Vienna, where he was to attend a nuclear security conference.

The way the U.S. administration is “looking at it is: what does it take for us to do to make coal part of a low carbon future,” he said, adding this would include higher efficiency plants and new ways of utilizing coal.

Senator Joe Manchin, a Democrat from West Virginia, the No. 2 U.S. coal mining state after Wyoming, said last week that Obama had “declared a war on coal,” and the industry said the rules threatened its viability.

Moniz acknowledged there could be winners and losers but that economic models belie “the statement that there are huge economic impacts” from controlling greenhouse gases.

“Quite the contrary. We expect that this is going to be positive for the economy,” he said.

Obama said he had directed the Environmental Protection Agency to craft new emissions rules for thousands of power plants, the bulk of which burn coal and which account for roughly one-third of U.S. greenhouse gas emissions.

Moniz said he was optimistic that the United States would meet its goal to reduce U.S. greenhouse gas emissions by roughly 17 percent below 2005 levels by 2020. “We’re pretty close to the track right now. We’re halfway there,” he said.

An $8 billion loan guarantee program for projects to develop new technologies that help cut emissions of fossil fuels would include carbon capture and storage technology (CCS) as “one of a number of options,” he said.

“It will also include some advanced technologies for using coal very different from today’s technologies that will enable much less expensive carbon capture in future,” Moniz said.

CCS is a relatively new, expensive and unproven technology that captures carbon dioxide and buries it.