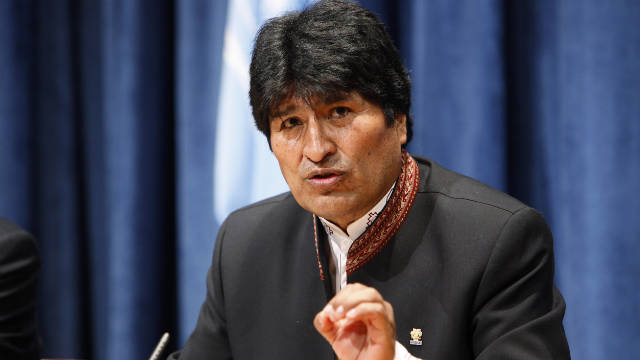 Bolivian President Evo Morales thanked the Organization of American States (OAS) member countries this Wednesday for the severe criticisms they leveled at the governments of four European countries, PULSAR reported.

The Bolivian leader welcomed the OAS resolution and stressed that such a show of support entailed not only “defending Evo Morales, but the people of Latin America and the Caribbean as well.”

On Tuesday, the OAS condemned the mistreatment of Morales by the governments of several European countries. The international association called the actions of these countries a “clear violation of the basic norms and principles of international law, such as the inviolability of Heads of State.”

Referring to the mistreatment he experienced days ago when his plane was denied permission to cross the airspace of these countries and was forced to land in Vienna, Austria, Morales stated he could not “conceive that some European countries insist on causing us harm.”

“It seems some countries in Europe continue to think as they did 500 years ago,” Morales charged.

The indigenous Bolivian leader underscored that Latin American peoples are ready to confront “these types of impositions and decisions that do so much damage to human rights.”