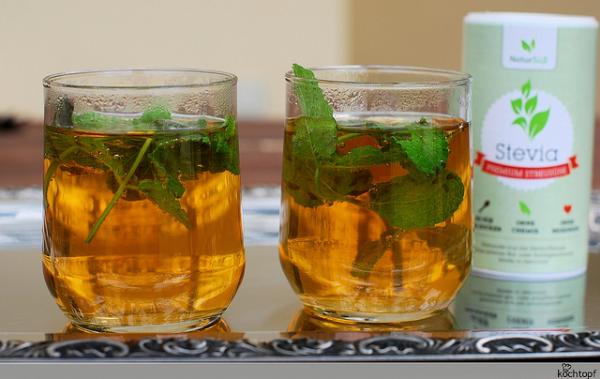 This year Mexico surpassed America as the world’s fattest nation. According to the U.N. Food and Agricultural Organization (FAO), 32.8 percent of adults in Mexico are obese and 70 percent are overweight, and roughly a third of the country’s teenagers are overweight, reported The Global Dispatch. Meanwhile, approximately 1 in 6 Mexican adults—or 70,000 people—suffer from weight-related diabetes each year.

Among the reasons for Mexico’s bulging waistline are increases in junk food and fast-food chains combined with a sedentary lifestyle, states a report by the FAO.

South American tribes discovered the rainforest herb Stevia. The Guarani Indians of Brazil, Argentina, Paraguay and Bolivia were among the first to enjoy the unique benefits of kaa-he-he, which translates to “sweet herb,” according to stevia.net.

“The rebaudiana extract from Stevia is the only known natural sweetener with zero calories, zero carbohydrates, and a zero glycemic index, which gives you zero fluctuations in blood glucose and zero contributions to any disease,” Olivia (Cherokee), a Master Gardener and Chaffee’s advisor, told Chaffee.

RELATED: How a Healthier Diet Can Reduce School Violence and Shootings

China and Japan have grown and used the most Stevia since the 1970s, and the country’s residents have the lowest rates of diabetes in the world. Chaffee says the countries’ health success likely inspired President Nieto to recommend stevia as a weight loss solution in Mexico.