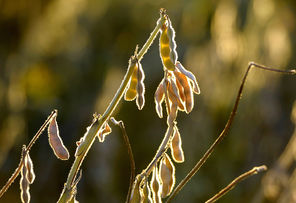 Get ready for a food fight.

When Washington voters decide Initiative 522 this fall, they will do more than determine whether to label food that contains genetically engineered ingredients.

They also will take sides in a national battle that has raged for two decades about the benefits and safety of manipulating the DNA of food — something many people view suspiciously but do not really understand.

“There’s a lot of uneasiness among consumers on the topic,” said Amy Sousa, managing consultant at the consumer research firm Hartman Group in Bellevue. “They don’t like the sound of it but have a difficult time articulating exactly why.”

GMO stands for genetically modified organism. Technically, any plant or animal that has been bred for particular characteristics is genetically modified. The difference with so-called GMOs is that their DNA is directly manipulated by inserting or modifying particular genes. Some call such targeted work “genetic engineering.”

The first genetically engineered food to appear on grocery shelves was a tomato that failed because consumers didn’t buy it. By contrast, the handful of genetically engineered crops that have been widely adopted by American agriculture — corn, sugar beets, soybeans, canola — are designed to appeal to growers by withstanding certain herbicides or creating their own internal pesticides.

Many of these genetically engineered seeds are owned by chemical companies such as Monsanto and Bayer — which has fueled some people’s mistrust.

GMO advocates, however, also include powerful non-business players, such as the Gates Foundation, that say the technology can be used to enhance nutrition and other qualities desired by consumers.

“We’re going to see the next generation of biotechnology,” he said.

What he calls his “arctic” apples are a start. Carter grows them at test sites in Washington and New York states but will not disclose specific locations for fear anti-GMO activists could disrupt the work.

“It’s a huge investment, and we can’t afford to let folks know where we’re doing this because of that kind of risk,” he said. He wants to avoid the type of GMO crop sabotage that appears to have happened this summer in Oregon, where 6,500 genetically engineered sugar beets were uprooted.

But the real war over GMOs is happening in the political arena.

The most recent skirmish took place last year in California, where the biotech industry and others spent $44 million to fight a labeling measure similar to I-522. Labeling supporters spent about $10 million.

The measure lost, but the idea of labeling GMOs appears to be gaining traction.

Maine and Connecticut recently passed labeling laws, although they are contingent upon other states participating. The grocery chain Trader Joe’s said in December that its private-label products contain no GMOs, and Whole Foods said earlier this year that within five years it will require suppliers to label products with genetically engineered ingredients.

The Hartman Group advises clients, which regularly include major food companies such as Kraft Foods, General Mills, ConAgra Foods and Kellogg’s, to discuss the matter openly.

“Trying to suppress labeling and skirt around the issue is not a sustainable approach, especially as more and more food retailers get on board with crafting their own position,” Sousa said.

People who oppose GMOs want labeling because they say genetically engineered crops have not been studied or regulated enough to know whether they are harmful.

They also argue it would be hard to return to non-engineered crops if damage is discovered later. And they point to dozens of other countries, including Japan and those of the European Union, that ban or label genetically engineered food.

“We already have the right to know as Americans what the sugar and fat content is, whether flavors are artificial or natural, whether fish is wild or farmed, what country our fruit comes from — and we have a right to know whether our food is genetically engineered,” said Trudy Bialic, director of public affairs for PCC Natural Markets, which helped write I-522 and led signature-gathering for the measure. It garnered about 100,000 more signatures than were required.

Other authors were Washington wheat farmer Tom Stahl and lawyers from the nonprofit Center for Food Safety and a Washington, D.C., law firm that helped write the California measure.

GMO proponents say the changes made to food using genetic-engineering techniques are not that different from changes that occur when plants and animals are bred conventionally.

They also point out that every independent science group to look into the issue, including the National Academy of Sciences, has found no evidence of ill health effects. And, they add, millions of people have eaten genetically engineered food for 20 years.

“It’s fine for people from rich, well-fed nations with productive farms to decline the use of GMOs. But they should not be allowed to impose their preferences on Africa,” Bill Gates said in a 2011 speech.

“Most of our companies are or attempt to be GMO free, but the risk of having a small amount of genetically engineered material in the product is too great. They would have to put a label on it, which is probably going to hurt their sales,” Zepponi said.

Although most food in the produce section is not genetically engineered, several major U.S. crops are — along with many processed foods.

More than 90 percent of soybeans, field corn and canola grown in the United States is genetically engineered. So is more than 80 percent of the sugar beets.

Those crops are turned into dozens of ingredients — cornstarch, soy lecithin, non-cane sugar — that are in processed foods.

But that is not how the GMO industry began.

The first genetically engineered food, which appeared in supermarkets in the early ’90s, was the Flavr Savr tomato. It was designed to last longer than regular tomatoes, but it flopped in the market.

“The tomato variety they worked with wasn’t that well suited for fresh use; it was more of a processing variety,” said Carter, the orchardist developing the non-browning apple. “It was remarkably ignorant or naive, and it goes to show how technology by itself isn’t the be all, end all.”

The market has not seen more products like the Flavr Savr, with traits that appeal directly to consumers, in part because it costs so much to develop GMOs.

“It’s very hard to get a payoff,” said Daniel Charles, author of the 2001 book “Lords of the Harvest: Biotech, Big Money, and The Future of Food.”

“If you come up with, say, a soybean with maybe healthier oil content, how are you going to make money on that? You have to first convince the consumer they want to pay more for that.”

While the focus has been on growers, other GMOs are in the pipeline that have functions unrelated to herbicides and pesticides.

One is a genetically engineered salmon that grows to maturity more quickly. Another is rice with higher levels of vitamin A, known as “golden rice”; it has been a project of the Gates Foundation and others for years.

Then there are Carter’s non-browning “arctic” apples from British Columbia.

He said apple consumption has been in decline for years, and one reason restaurants and industrial kitchens don’t want to use them is that they brown.

So Carter, a former agricultural engineer, set up a research facility to create apples that do not brown. His company of seven employees is awaiting regulatory approval in Canada and the U.S. for arctic apples.

Like the Flavr Savr tomato, his genetically engineered apple turns off a gene rather than inserting one. But unlike the Flavr Savr, Carter said, his apples are derived from popular varieties — Granny Smith and Golden Delicious, to start.

Carter plans to label them as arctic apples, not specifically GMO. But information about their GMO origin will be available on the company’s website and elsewhere.

“We’re pretty confident by the time it hits stores, people will know exactly what it is,” he said.