by K.C. Mehaffey The Wenatchee World

BRIDGEPORT — Two months after the Confederated Tribes of the Colville Reservation opened the Chief Joseph Hatchery, thieves made off with dozens of summer chinook being held for broodstock.

Losing an estimated 42 adult fish that were ready to produce more than 73,000 young salmon for later release was bad enough.

But even worse, tribal officials are warning that whoever took the fish have exposed themselves to a cancer-causing chemical.

The fish, in a broodstock pen below the hatchery, were treated with Formalin and should not be handled or eaten, a notice posted on the Colville Tribes’ website says.

“If you believe you have consumed or handled these fish, then it is recommended that you should immediately seek medical attention,” it says. 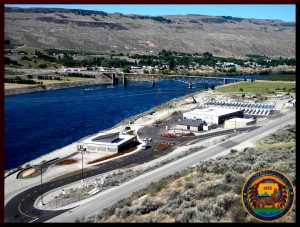 Colville Tribal Police are offering a $500 reward for information leading to conviction of the poachers.

Tribal Chairman said he people are cautious of any salmon that may have come from an unlikely source to be wary, and contact tribal officials.

“We’ve done all we can on our end to try to educate the public that those fish aren’t safe,” he said.

The loss of these fish is also significant to the tribes’ effort to bring more fish to the upper Columbia River for both tribal and non-tribal fishermen.

“There’s no doubt it’s going to set us back,” Finley said.

“We literally have to wait until next year” to get salmon that will return at the same time, he said.

Tribal police are investigating the case, and the tribe will close the North Shore Access Road at Chief Joseph Hatchery at sunset every day due to the theft.