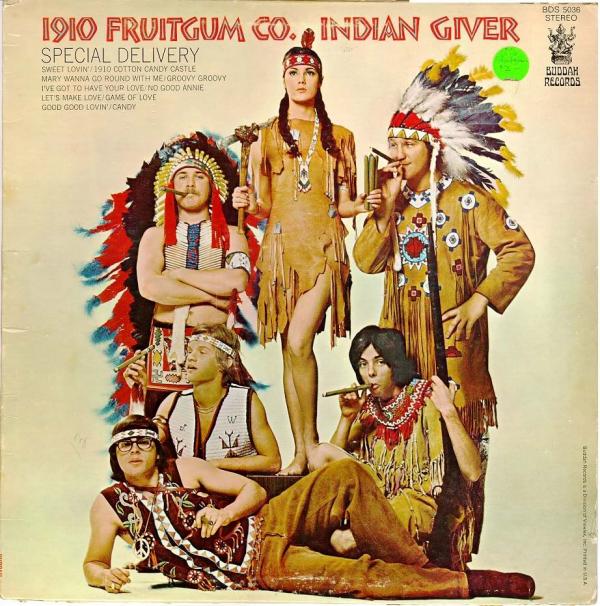 To many of us, such phrases as “Teacher, Billy gave me the ball, now he wants it back! He’s being an Indian giver!” are too often heard in school. But where did the term come from? The literal history of where the word originates is a bit murky, but perhaps this article can shed a some light on some pre-conceived notions.

First, some modern-day definitions. Merriam-Webster’s defines an Indian giver as “sometimes offensive: a person who gives something to another and then takes it back or expects an equivalent in return.” The Urban Dictionary defines the term as “a person, who gives someone something, then wants it back!”

The original concept of the terms “Indian gift” or an “Indian giver” are mentioned in Thomas Hutchinson’s 1765 publication History of the Province of Massachusetts Bay. In the book, Hutchinson defined an Indian gift as something “for which an equivalent return is expected.”

Another such reference to the concept of Indian bartering or gift giving is in Thomas P. Slaughter’s book on the travels of Lewis and Clark in 1804. The book, entitled Exploring Lewis and Clark: Reflections on Men and Wilderness, Slaughter writes the following passage and describes Lewis and Clarks reactions when dealing with Indians from the Wahkiacum village.

“… These last began by offering us some roots; but as we had now learned that they always expect three or four times as much in return as the real value of the articles, and are even dissatisfied with that, we declined such dangerous presents.”

When Lewis and Clark later in the passage also traded with the Shoshone Indians who they thought were more agreeable, they then labeled the Wahkiacums “intrusive, thievish and impertinent.”

The journals of the Lewis and Clark expeditions set a tone for the thievish identity of Indians and the effects were long lasting. By 1848, the phrase “Indian giver” had made its way into the vernacular of non-Indians so much that it made its way into linguist John Russell Bartlett’s Dictionary of Americanisms.

“INDIAN GIVER: When an Indian gives any thing (sic), he expects to receive an equivalent, or to have his gift returned. This term is applied by children to a child who, after having given away a thing, wishes to have it back again.”

Although the term largely faded from mainstream media use it retained popularity on school playgrounds. Indian giver got a serious mainstream plug when Kris Jenner told Good Morning America that her ex son-in-law should not ask for his $2 million engagement ring back from Kim Kardashian.

Jenner told GMA, she “…hates an Indian-giver” and that her daughter should have been able to keep the gift. The backlash against Jenner’s use of the term was seen around the world and she later issued an apology.

The term could just as easily have come from the fact that white settlers and the government designated land for the Indians and then took it back after it was discovered to be valuable. Like the Black Hills, which were given to the Oglala Lakota then were taken back after gold was discovered.

Considering there is merit to this claim, it is not necessarily proven in print and thus must remain a strong speculation.

In response to whether or not the term “Indian giver” is pro or con Indian, perhaps the sentiment expressed on The Word Detective website by Evan Morris is a valuable assertion.

“While it’s true that the European settlers had a far worse reputation when it came to trustworthiness than the Indians did, the victors in history usually get to make up the idioms, so it’s doubtful that ‘Indian giver’ refers to the manner in which the settlers treated the Indians. It would be quite a stretch to credit 19th century European settlers with the honesty to have recognized that they, and not the Indians, were the ‘Indian givers’ in most cases.”