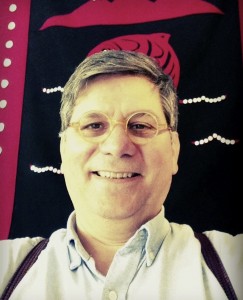 The government is back in business and now there are lots of questions. What was all that about, anyway? What’s next? And what’s the best course for Indian country?

To answer the first question you have to think on multiple tracks. Yes, the government was shuttered because of Sen. Ted Cruz, Sen. Mike Lee, and the House Republicans that combined to fight the implementation of the Affordable Care Act.

But that was never really the fight. It was only a distraction.

The primary division is simpler: It’s about the role of government and how to pay for that government. This is the debate that Republicans – and some of their Democratic allies – have already won, the austerity framework. It starts with the premise that federal spending is “out of control” and therefore dramatic steps must be taken.

It’s a faulty premise but the results are a disproportionate impact on Indian country.

Indian country has an oversized and direct relationship with the federal government so deep spending cuts wipe out both investment and opportunity. That means less money for schools (which is future opportunity), less for economic development, and less money in general for local government (healthcare is a different story … more about that in a series I have coming soon on the Affordable Care Act & Indian country).

Beyond Indian country, the problem with austerity is that it does not work. It starts a cycle of general economic decline, instead of “saving” money for taxpayers (now or future ones). The government shutdown is a case in point: It cost billions of dollars in terms of economic output. It made the problem worse, not better. Ireland will soon be the first country to move past the austerity terms of its bailout. But the budget cuts continue and the damage to the country is severe. As Stephen Kinsella writes in Foreign Affairs: “The real threat to Ireland’s recovery is demographic. A recent survey found that young Irish people have no savings whatsoever. Their consumption levels are far below those of their European counterparts. With more babies born this year than in any other since 1891, Ireland’s only boom in the next few years will be in people.” This sentence could be Indian country. Only we have no where to go.

So what’s ahead? The deep divide over austerity remains. The Senate budget “fully replaces the harmful cuts from sequestration with smart, balanced, and responsible deficit reduction, which would save hundreds of thousands of jobs while protecting families, communities, and the fragile economic recovery.” While The House budget “cuts government spending to protect hardworking taxpayers.” So in order to meet in the middle, the two Houses will have to resolve their differences and (key word here is and) then get a majority of votes in both the House and Senate. Democrats will have to be happy with austerity and Republicans will have to live with more spending. There needs to be a resolution of these differences before January 15, 2014, when a new round of budget cuts will be required under the sequestration law (The Budget Control Act) that continues every year until 2021.

And, finally, what’s the best course for Indian country in this budget maze? The National Congress of American Indians report the Senate level of appropriations remain short of what’s required. The Interior budget, for example, accounting for inflation, “the Senate level is 11 percent below FY10,” NCAI said. “The House proposed level would drop critical tribal governmental services to 19 percent below the FY10 level.” NCAI said tribes are losing ground for critical governmental services.

The ideal would be for Congress to consider treaty obligations separately from the budget. A smaller scale solution might be trying to convince the Congress to forward fund more tribal programs, so that the money will not be at risk every time there’s another fight in Congress.

But forget the ideal in this Congress. We’ll be lucky to get a resolution of any kind. And that means more austerity for Indian country.

Mark Trahant is the 20th Atwood Chair at the University of Alaska Anchorage. He is a journalist, speaker and Twitter poet and is a member of The Shoshone-Bannock Tribes. Join the discussion about austerity. Comment on Facebook at: www.facebook.com/IndianCountryAusterity.