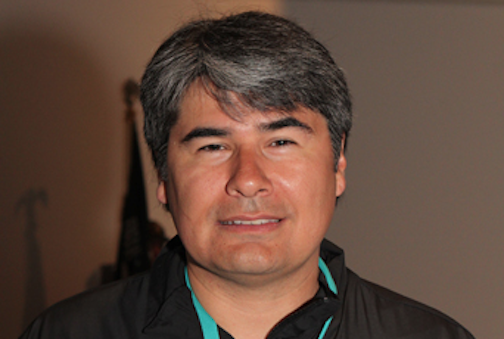 Wilson Pipestem is reshaping the ‘R’ word name-change discussion by explaining why tradition should not trump racial sensitivities–especially when it comes to Native youth.

Pipestem, an enrolled member of the Otoe-Missouria Tribe and an Osage headright holder, joined MSNBC’s UP W/Steve Kornacki to discuss why Dan Snyder, the team’s owner, and Roger Goodell, should take the name-change debate suggestions seriously.

Wilson said that two of his children, in the 5th and 7th grades, came home from school one day and asked a profound question about the team’s name.

As the father of four young kids, he knew it would be a discussion that they had to sit down and talk about.

“When you are an Indian parent and you are trying to teach your kids that it is a good thing to be an Indian and should respect other people who are different than us…and you try to teach them that the ceremonial use of paint, and the use of eagle feathers are sacred; and that these are good things, that it makes it more difficult when these sort of things are a part of a significant institution within our society,” Wilson told the panel on MSNBC.

Jacqueline Pata, executive director of the National Congress of American Indians agrees with Wilson. “The welfare and future of our youth is at stake,” she said in earlier news release. “We are working every day to ensure they are able to grow up and thrive in healthy, supportive communities. Removing these harmful mascots is just one part of our effort to encourage our children to achieve their greatest potential.”

The NCAI recently released a 29-page report that explains, in part, the psychological effects that racial slurs and mascot imagery have on Native children. Wilson did not specifically reference the report, but spoke out as a Native parent.

He also said that the AP’s April poll results, which were flashed across MSNBC’s TV screen, would slight as people are confronted with George Preston Marshall’s racist background and the history behind the slur.

“Ignorance is a very powerful enemy. And it’s particularly powerful for Indian people who are fewer in numbers and many of us live in isolated places,” Wilson said. “But I think what we’re seeing is a moral change, and the public is becoming-the society is just becoming more educated on the issues.”

Ultimately, Wilson, a Native American Civil Rights Lawyer, who lives in Washington, D.C., told the panel that the football team would change its name as they become more educated about the team’s history.

“They will realize that when society is confronted with this truth, there is going to be change… ”