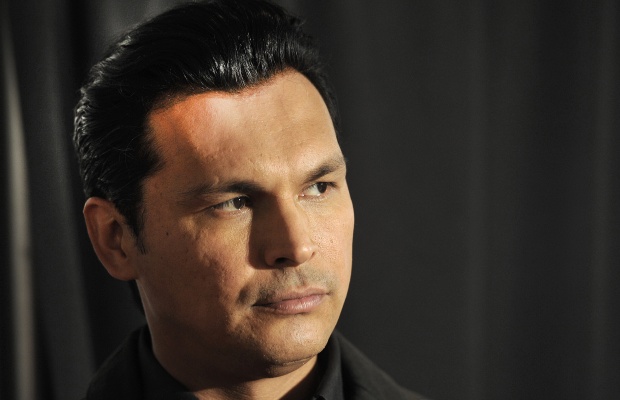 Adam Beach talks to media at the annual We Day event at Rogers Arena in Vancouver, Oct. 18, 2013.
Photograph by: Nick Procaylo , PNG

Adam Beach, a Canadian actor who stars in Arctic Air, lost both of his parents within a two-month period when he was eight years old. Although there was a lot of fear in his life growing up, he says it was a connection to his First Nations ancestors that made him who he is today.

“I grew up in sexual abuse and got involved in gangs in my teenage years. I was always running away from the fear of what happened to me,” Beach said in an interview at We Day. “I noticed myself being drawn toward the identity of who I am as First Nations and I realized that there are teachings there and a timeline that hasn’t changed.

“That helped me become brave and strong, a leader and who I am today.”

The Golden Globe-nominated actor was born in Manitoba, raised on the Dog Creek Reserve, and is a member of the Saulteaux First Nation. He has starred in more than 60 films and TV shows, including Big Love, Hawaii Five-O and the blockbuster Cowboys Vs. Aliens with Harrison Ford and Daniel Craig.

His Golden Globe nomination was for his role in the 2007 HBO film Bury My Heart at Wounded Knee. He also won Best Actor at the American Indian Film Festival in 1995.

He says the entertainment industry changed his life by allowing him to have a voice. As an example, he said he was able to get a group of chiefs together to agree unanimously on the Save the Fraser Declaration because of that voice.

“That’s the voice I have and the strength I have … because of the entertainment value of being the ‘Hollywood Indian,’” he said. “And I respect it, I don’t abuse it, and I know that there is a value to this entertainment status. Every kid wants to be a star and looks up to an entertainer.”

The 40-year-old started the Adam Beach Film Institute last year in Winnipeg to help other native youth get involved in film careers.

“I want to find the next Adam Beach. I think we need to tell our stories — we haven’t tapped into that, so this will encourage an aboriginal workforce,” Beach said.

At We Day, Beach performed a First Nations blessing ceremony using a bear pipe and an eagle wing. He said the blessing was a way of connecting the crowd with its ancestors.

“I am asking our ancestors to hear (these) youth and help them with their vision of making social change,” Beach said.

“(The eagle wing is for) asking to take the energy of the eagle to help bless us … and to allow us to connect with it in the way that an eagle soars, has a longer vision and the gift of flight — so help us in our journey to fly.”