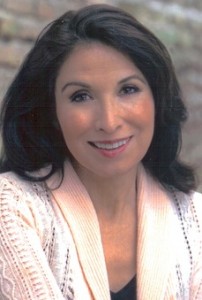 A new book by Hattie Kauffman, the first Native American to do standup-reporting for a national television network, only briefly talks about how she rose through the ranks to beome on on-air correspondent for CBS and “Good Morning America.”

Instead, writes Tim Giago, publisher and editor emeritus of the Native Sun News in a book review also carried at indianz.com, in “Falling into Place” Kauffman discusses a childhood and first marriage marred by alcohol, and a divorce that turned Kauffman toward christianity.

… (M)ostly her book is about the trials and tribulations of her childhood as an Indian torn between the Nez Perce Indian Reservation and cities like Seattle … where her parents, dyed-in-the-wool alcoholics, ranged back and forth dragging her and her six siblings along behind them.

But the thing that tore her world apart and brought her to near madness was the request for a divorce by her husband of 17 years, a request that apparently came out of the blue for her.

Giago writes that, until the divorce, this highly successful Native journalist “thought she’d left the ghosts of childhood behind her.”

Hattie writes about her first marriage as a teenager to a boy who grows up to be a wife-beater and an alcoholic. She writes that it is strange that daughters of alcoholics often grow up to marry alcoholics. In their dual roles as alcoholics Hattie remembers getting beaten so severely that she had to be admitted to a hospital. At least through a haze of drunken deliriums, she barely remembers. She eventually realizes that alcohol is a destroyer of lives and stops drinking.

Giago admits some Native Americans, including himself, may not empathize with Kauffman’s religious views.

Many have turned their backs on Christianity and found their own solace and happiness in their traditional spirituality, a spirituality that was torn from them and their ancestors by the missionaries preaching the Doctrine of Christianity.

But he still believes the book will resonate, in part because he says Kauffman remains “an unassuming Native woman who never turned her nose up at anyone even though she rose to the pinnacle of media success.”
– Vince Devlin