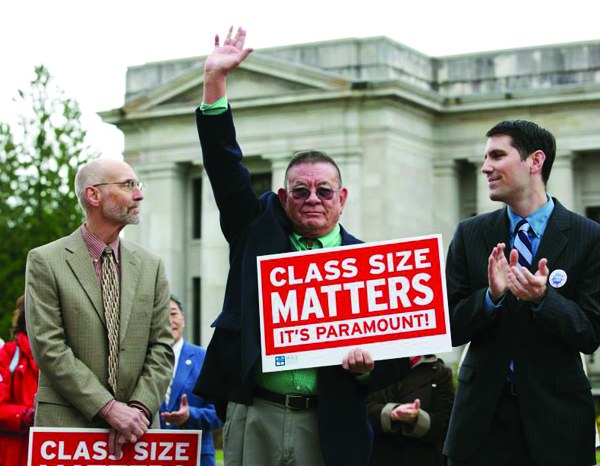 A Tulalip Tribal member and Washington State Legislator, John McCoy has had a significant impact on the reservation simply by being successful. He was elected to serve in the House of Representatives in 2003, and was one of two Native American Representatives in Washington State. On November 27th, 2013, McCoy was unanimously selected by the Snohomish County Council to fill a Senate position left vacant by Senator Nick Harper’s resignation.

“John has always been a mover and shaker,” said Tulalip Chairman Mel Sheldon. “He’s helped change the way the legislature views Native Americans and has paved the way for our young men and women to follow in his footsteps. He’s brought hope that in the near future we’ll see the face of state politics change to reflect importance of tribes, both as economic drivers in the state and as an important part of the history and culture of this land.”

His resonance with tribes is part of what got McCoy elected, but what’s kept him in office, and made him the frontrunner for the senate seat is his dedication to the everyman.

“My priorities haven’t changed,” said John. “My priorities have always been elders, children and the working adult. During this last interim I worked a lot on migrant, low income and mental health housing. I’ll continue that work. There are dental access issues that I’ll be working on.

Tulalip Board of Director and Business Committee Chairman Glen Gobin described McCoy’s appointment by saying McCoy is simply the best man for the job.

“Congratulations to John,” said Gobin. “John has stayed very active and involved, not just the legislative district he is elected to, but all across the state as well as this nation. John also has served, unofficially, as an ambassador for Washington State Tribes, helping to educate those he serves with, and his constituency, about Native American issues as well as misperceptions about Native Americans. John’s commitment to serve the people is reflected in the vote from the Snohomish County Council. I am proud of John. He is well suited to do the work that is needed, and I know well he will do a great job.”

For those who haven’t thought about State governance since high school civics class, McCoy described the differences between the House of Representatives and the State Senate.

“There aren’t as many senators. Each district has two representatives and one senator, 98 representatives and 49 senators,” he explained. “The representatives serve two-year terms and senators serve four-year terms. The house side gets through processes faster, the senate is designed to be more constrained. The Washington State Legislative House cranks out between 3,000 and 5,000 bills a session. Consequently, some are good and some are not. The Senate is more pragmatic and selective, they work the issues more. That’s by design.”

That pragmatism is a good fit for McCoy who believes his popularity in politics are a result of being honest and caring, but blunt.

“I don’t beat around the bush,” said McCoy, “I had a couple meetings this morning with some folks who wanted money. I said, ‘I support your issues, but I don’t know that we can get you money this year.’ It’s about being up front with people and letting them know where you stand. I can’t make everybody happy, but at least they can understand why I can’t make them happy. They generally feel good as long as they know where they stand.”

When the term for his Senate seat ends, McCoy plans to run for election.

“This is a natural step for me,” he said.