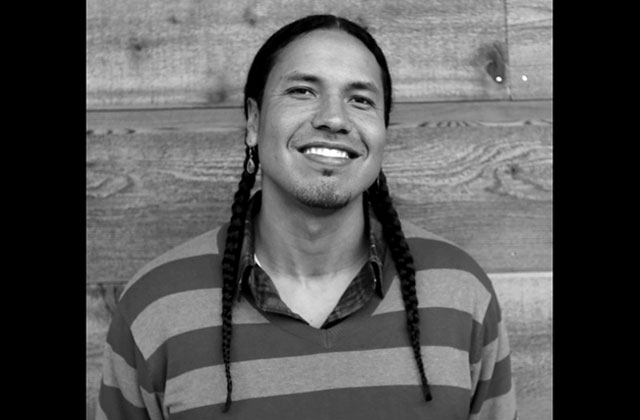 Gyasi Ross is a member of the Blackfeet Nation and his family also comes from the Suquamish Nation of the Port Madison Indian Reservation where he resides. Aside from being a father, lawyer and a filmmaker, the ever-busy Ross has found time to write two books. His latest, “How to Say I Love You in Indian” (Cut Bank Creek Press) comes out today. Here, he talks about real love, feminism via bell hooks and fatherhood.

The title of your book, “How to Say I Love You in Indian,” might confuse people. What do you mean by it?
Well, there are a lot of fluent speakers of the Blackfoot language in my family, and my grandparents or really most people in my family will say they’re speaking in Indian. That’s just the way old folks speak, and that’s who I was raised by, by grandparents and great aunties and uncles.

What about the love part of the title?
Poor people have different ways of communication, different kinds of love that are not part of materialistic culture. Expressing love isn’t about a Hallmark card. … It’s not about convenience. It’s not always about being vocal and poetic about love, it’s about taking care of each other—like cooking. One of the stories in the book is about stew and how it’s representative of love for a lot of poor people, and Indian people specifically. We always had the worst cuts of meat and the worst ingredients, but through those ingredients, time, love and secret sauce, it turned into a beautiful stew. That’s what the title of the book is all about: physical manifestations of love and the symbols of our love within Native culture.

So it sounds like it’s less about saying “I love you,” and more about how you express it.
Right, it’s about the action. A lot of the work that I do and the writing that I do is about fatherhood and mentorship. And because I’m a dad, I remind myself that I can say “I love you” all I want, but if my actions aren’t commiserate with that, then it doesn’t matter.

I noticed that you thanked bell hooks and you also have quote from her in the book. She’s written a lot about love, and I’m curious about how she’s influenced your work.
I think that bell hooks made feminism approachable to me. I was raised by a single mom and two older sisters, and by my grandmas, who are both amazing women. Just today, I was speaking with my auntie Wilma Faye and she’s also provided a lot of structure for me. I tend to put women on a pedestal, and Native women especially because they were the ones who ensured that I was safe and always doted on me—to a fault, maybe. It was bell hooks who helped me to look more critically at the relationships that women have with men, and with young boys and sons specifically. And that was important for my intellectual development and my emotional honesty.

You’re a father, a lawyer and a lot more. When did you find the time to write this book?
I don’t sleep much, and that’s tongue-in-cheek, but it’s also true. I come from a home with a single mother, and so I take fatherhood and being an uncle very seriously. I try to work on that first and foremost, before any other those other titles—lawyer, writer, anything else—I’m a dad. And I’m also an uncle; I’ve been one since I was 12 years old. For me, what that means is that I have to figure out a way to negotiate everything else around those two things. I work entirely for myself, and when my son’s at school, that’s game time and I can work. But when he’s home from 3 o’clock to 9 o’clock, that’s his time. He can’t just see me on my computer working. He needs to see me hanging out with him and being active as a way to teach him a healthy lifestyle. No paid work is getting done at that time. Whether it’s writing, lawyering or consulting, that happens from 9 o’clock in the evening until it gets done.

You write in the book that the last 500 years don’t define us as indigenous peoples—that the future will. What does that future look like for you?
There’s a lot of controversy about how long Natives in both North and South America have been here, somewhere between 20,000 and 50,000 years. Five hundred years is absolutely nothing compared to how long we’ve been here. The United States empire is already showing incredible signs of decay, it’s already falling apart. And most Natives can understand that this has been an experiment gone terribly wrong and that we shouldn’t buy into it. Some Native people are trying to dis-enroll other tribal members over casino money—and that’s the culpability that bell hooks writes about—and some of us are buying into this failed experiment. That’s a subset of Native people don’t understand that this is just a drop in the bucket.

What about the long-term future?
One of my mentors, Darrell Kipp passed [very recently]. He’s a member of the Blackfoot Tribe who started immersion school on our reservation. He was someone who dedicated his life to the survival of a way of life: speaking our languages, keeping our customs alive, and understanding that those ways of being are going to have relevance and pertinence again. It’s worth sustaining, it’s worth helping those things to survive. Right now, there are enough Natives who get it, that this is a very temporary, illusory American way of life, and we can’t get caught up in the glamour and glitz of it.

And what about the short-term future?
In the short term, it’s about letting go of the exclusivity—we’ve always been about inclusiveness. Tribal enrollment is a legalistic mechanism that isn’t even based in traditional notion because we had communities that you were either a part of or you weren’t. If you came to our communities in good faith, you were put to work. The more we buy into that exclusivity model that somehow being an Indian, being a Native, or being a tribal member has more value than simply being responsible, that worse off we are. But if we recognize that being a Native person is all about responsibility and continuing a way of life, then I think our outlook is good. 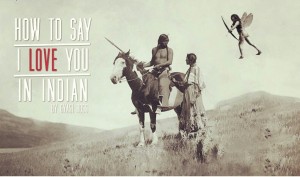