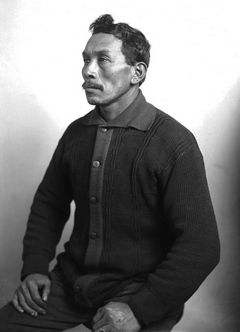 J.A. Juleen’s portrait of Tulalip artist and activist William Shelton was taken in 1913.

TULALIP — When it came to healing the rift between local Indian tribes and the white world that once stripped Snohomish County’s original inhabitants of much of their culture, there has been no more important figure than William Shelton.

Early in the 20th century, Shelton worked hard to restore and preserve early tribal traditions that had been banned on the Tulalip Indian Reservation for decades.

At the same time, he offered an olive branch to the non-tribal community, reaching out to speak at club meetings and schools. He attended fairs and gave radio interviews.

He served as an ambassador, a liaison between the two worlds.

A Tulalip tribal member, a historian and a filmmaker recently joined forces in hopes of making a documentary to spotlight Shelton’s effect on local tribal and non-tribal culture alike.

“I really think that people need to know about William Shelton,” said Lita Sheldon, the tribal member spearheading the project.

Her goal, she said, is to make an hour-long documentary to air on the History channel, Biography channel or PBS.

Sheldon, along with Everett-based historian David Dilgard and Bellingham video producer Jeff Boice, started the project in 2012 with a short video overview of Shelton’s life.

The 11-minute video, supplemented with historical photos and footage, features an interview with Dilgard in which he describes how Shelton revived tribal art on the Tulalip reservation by carving his “sklaletut” pole in 1912.

Shelton interviewed tribal elders about their encounters with spirit helpers, including animals, birds and people, and depicted them in carvings on both sides of a 60-foot pole.

Sklaletut is the word for spirit helpers in Lushootseed, the language of Puget Sound-area Indian tribes.

“There is a broken link between my race and the white people,” Shelton wrote in “Indian Totem Legends of the Northwest Coast Country” in 1913, an article originally printed for an Indian school in Oklahoma and later in The Herald.

“So I thought I better look back and talk to the older people that are living and try to explain our history by getting their totems and carve them out on the pole like the way it used to be years ago,” Shelton wrote.

The pole has deteriorated over the years, but part of it still stands in front of Tulalip Elementary School on the reservation.

Shelton carved several other poles, including one that stood for decades at 44th Street SE and Evergreen Way in Everett — for which the Totem restaurant was named. 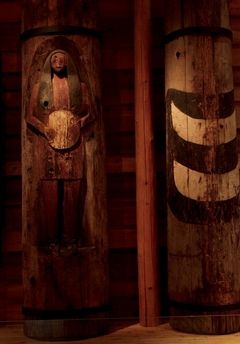 Herald file, 2011
These two poles carved by William Shelton stood in his original longhouse and now are at the cultural center.

The pole deteriorated and was taken down in the late ’80s or early ’90s. It’s now being preserved in a warehouse on the Tulalip reservation.

About 200 of the 1,000 items in the collection of the recently built Hibulb Cultural Center either were made by Shelton or came from among other items stored on his family’s property, assistant curator Tessa Campbell has said.

Shelton ran the sawmill on the reservation and served as a translator for tribal elders who did not speak English. He supervised timber sales, served for a time as police chief and sold war bonds during World War I.

He spoke at the dedication of Legion Park in Everett shortly before his death from pneumonia in 1938 at age 70, according to the city.

In the 1990s, Lita Sheldon worked with Boice, the filmmaker, on short historical and Lushootseed language videos on the reservation.

Boice, a former videographer, editor and producer at KVOS-TV in Bellingham, did freelance video work for the Tulalips for several years, including recording tribal events.

Recently, Sheldon contacted Boice and Dilgard about her idea and the short video was made. The video won best overall film and best documentary short film at the Hibulb Cultural Center Film Festival last January.

Sheldon said she needs to raise about $60,000 to fully fund the documentary. The cost would include travel to locations in the East and Midwest where William Shelton sent some of his poles, she said.

The film project had a “kickstarter” web page last summer but received only a little more than $2,800 in pledges, so the idea was shelved temporarily.

Sheldon hasn’t given up, though. She said she hasn’t asked the Tulalip Tribes for funds.

Niki Cleary, a spokeswoman for the tribes, said the project could be eligible for funding as a tribal endeavor, but Sheldon’s group would have to apply. The group also could gain nonprofit status and apply through the tribes’ annual charitable contribution program, she said. 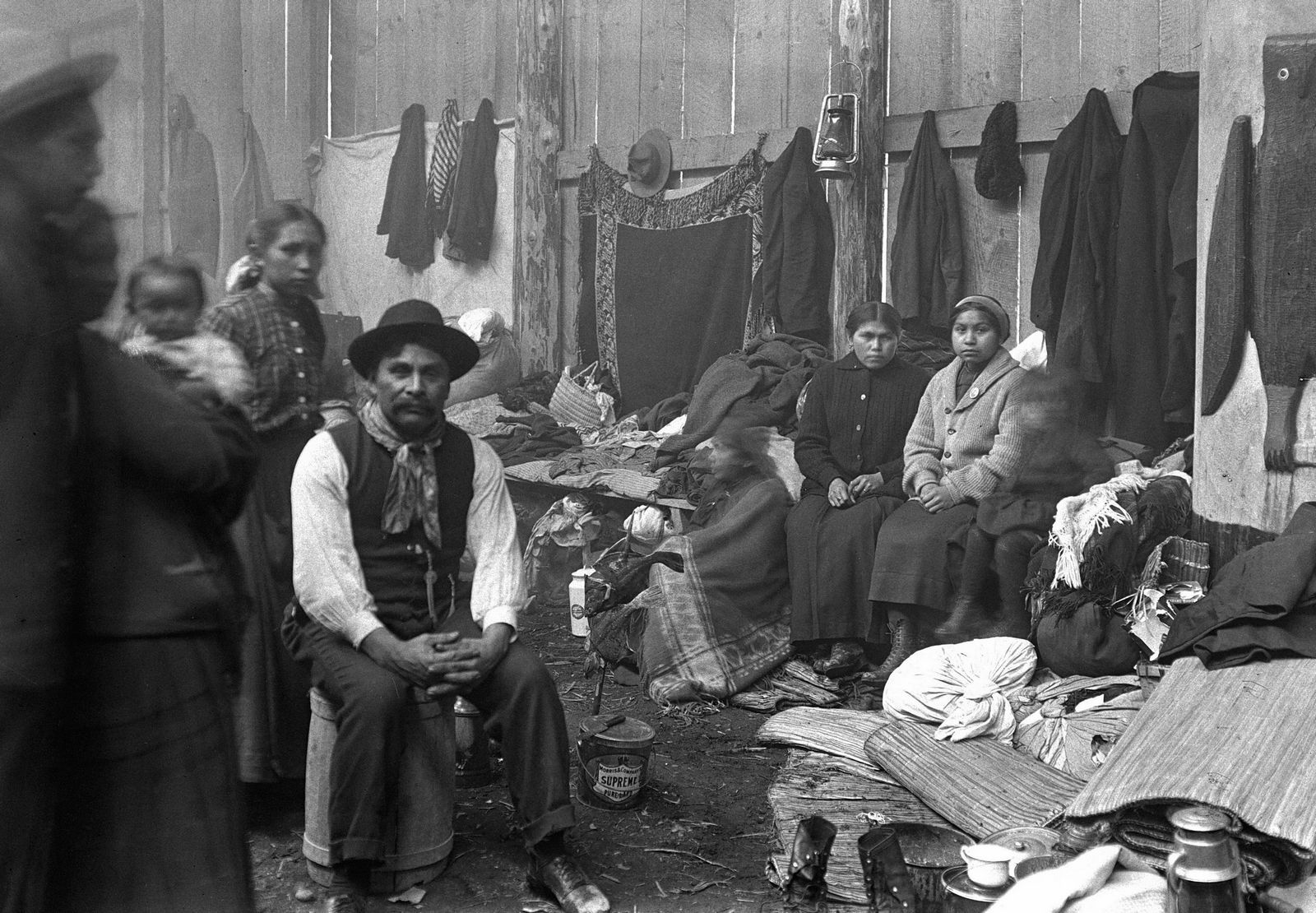 Photo courtesy of the Everett Public Library
The Tulalip Longhouse interior is shown during a “Treaty Day” celebration in January 1914. Posts inside the longhouse were ornamented by William Shelton with clan and family symbols.

Lita Sheldon, 61, works as the librarian at the Hibulb center but stressed that she is doing this project on her own.

She said it’s not just a matter of money but also of gathering more information about the former tribal leader.

Much of the history about Shelton came through his daughter, Harriette Dover, who died in 1991, as well as from other surviving relatives.