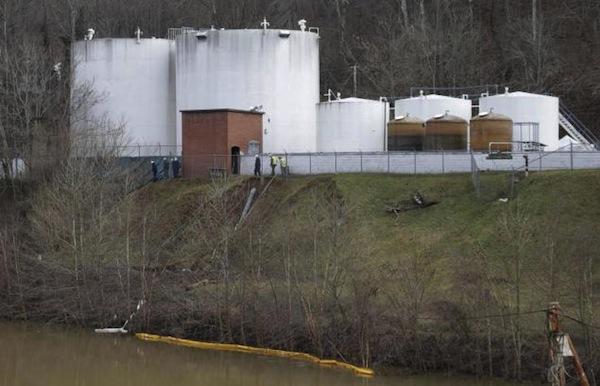 American Indians were mobilizing this week to help more than 4,000 Natives who are among the 300,000 people without potable water in the wake of a January 9 chemical spill that rendered tap water undrinkable in several counties.

The no-use advisory was lifted on Tuesday January 14 for at least 100,000 of those affected, but problems remained.

“My sister has good water at their house, so they have been carrying water to those who don’t, making arrangements for water delivery to shut-ins and friends with disabilities and traveling extensively in the problem areas,” said Chief Wayne Gray Owl Appleton of the state-recognized Appalachian American Indians of West Virginia. As a senior chemist and emergency response specialist, he was among those working to resolve the issue.

The clear, colorless liquid known as 4-Methylcyclohexanol methanol seeped from a tank at Freedom Industries, which manufactures chemicals for the mining, steel and cement industries. The compound, which reportedly smells like black-licorice or cherry cough syrup, is a foaming agent used in the coal industry, according to CBS News. About 5,000 gallons of it escaped from a 40,000-gallon tank, state Department of Environmental Protection spokesman Tom Aluise said.

The affected members of the Appalachian American Indians of West Virginia live in all or parts of the counties of Kanawha, Boone, Cabell, Clay, Jackson, Lincoln, Logan, Putnam and Roane. State Department of Education spokeswoman Liza Cordeiro said schools in at least five of the counties would be closed.

Immediately after the spill, the federal government and the state of West Virginia declared nine counties as disaster areas, sparking a run on stores for bottled water. Shelves were stripped bare, and many West Virginians had no access to water. Residents who did not learn of the warnings in time and thus drank or bathed in the water suffered rashes and nausea. Others went to local with symptoms they said came from the water contamination.

Tension was palpable outside the contaminated area, with reports of price gouging and even fistfights.

“Nobody could find water,” said LaVerna Vickers, the tribal secretary of the Appalachian American Indians of West Virginia. “My husband and I looked to see if we were affected by the spill, and thankfully we live in Jackson County just outside of the West Virginia Water System Supply District.”

Vickers said it wasn’t until she got into the affected areas that she saw just how bad it was.

“We stopped outside of a store and a truck had already come and had cleared it out. We also heard from our friends that people were charging large amounts of money for water—people were selling five-gallon water bottles for one hundred dollars,” she said.

“Places like Wal-Mart weren’t putting the water on sale either. We couldn’t even find jugs to fill in the stores,” said Vickers. “You can also really feel the tension in Charleston. There have been fistfights and other altercations over water. Everyone is really tense.”

Vickers, who lives about 50 miles from the spill, said the past few days have been devastating. Further, she added, although officials said the spill occurred on Thursday, a reputable member of her community who lives just a few miles from the spill smelled the black licorice odor as early as Tuesday January 7. The effects were immediate, and visceral, Vickers said in describing the plight of a friend whom she was helping supply with water.

“I also have another friend who is deaf and lives a few miles from the spill,” Vickers said. “She had no water and couldn’t even go outside her door. When she tried to go outside she vomited.”