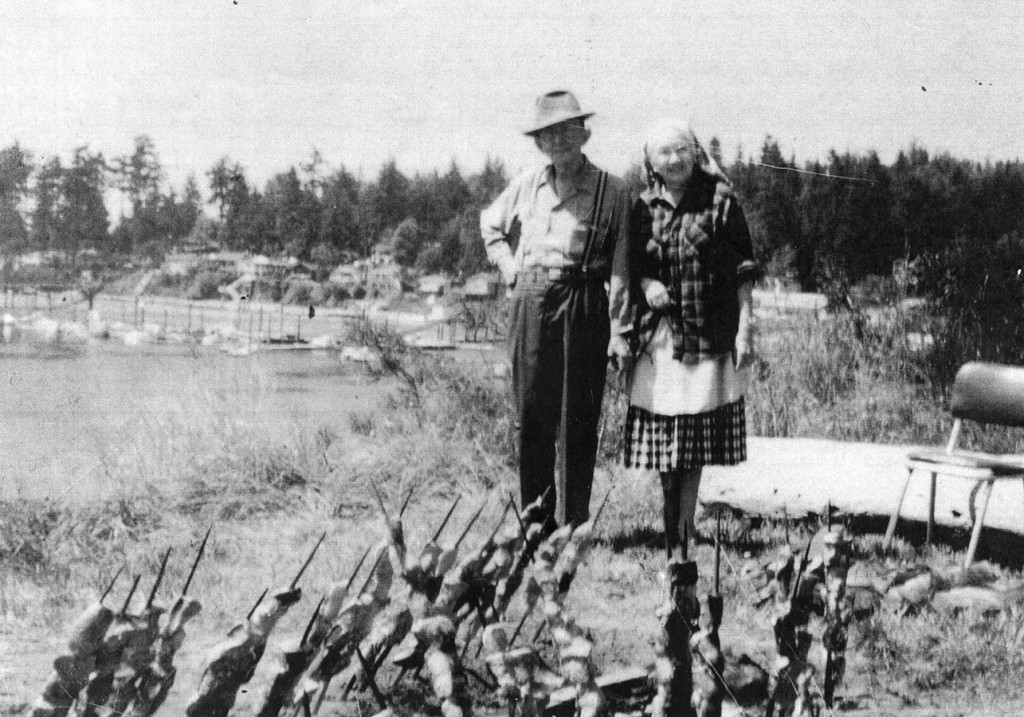 It was the first day of my fifth grade year, but I was not going to be in class. At 5:00 a.m. while my classmates slept, waiting to start yet another year of school, I had already had breakfast and bundled up for the opening of the Silver (Coho) Salmon run. We made a beach seine set, right around a school of Silvers. I had never seen so many fish. We had 1500 fish in that set, and one lone chum for good measure. Growing up, this was my life. My summers were spent beach seining and roundhauling as much as I could. Each year, I would miss the first week of school, which always seemed to coincide with the start of the Silver run. And as the fishing seasons continued into November, the weather worsened, and I would beg to go fishing with dad. It is a way of life for my family, for many families, at Tulalip and all along the Puget Sound. For many, it was a living.

“We moved to the beach the day after school got out. We would buy our shoes at the commissary; everyone had Navy shoes. We were beach seining. We lived on the beach. Next to me was Stan, Bernie, and the Cheers. When we were fishing, if there was something wrong with our net we’d have to stretch it out at low tide and rehang it.

Just about everybody around here had a smoke house, back when we lived down there at the big house. We fished all day to fill the smoke house. That’s when everybody stayed at the big house. All the women would butcher fish all day long, we’d have to go out there as kids and pack wood in for the smokehouse, and we were the ones that had to keep the fire up. They’d always tell us ‘don’t you pile too much wood on you’ll burn the smokehouse down.’ We tended fires all day, we had to go check the fire every hour, make sure it was still burning. Even all night we’d have to go out there. They’d leave it in there for two days, and that was enough.

Fishing really took off. Everybody was catching fish, and then we went further out, changing from seining, to gillnetting, to roundhauling. Wes Charles and Chuck James brought the gillnetting to Tulalip. They were the first ones. A lot of people don’t know that anymore. Roundhauling was really something different. Bernie and Herman were the first ones to go out there; they roundhauled by hand for years before they did it with power. All of those guys used to get two or three hundred kings in a set. There was a state gillnetter that used to shoot at us. Other state boats tried to ram our boats and run up our nets chopping them all up.” 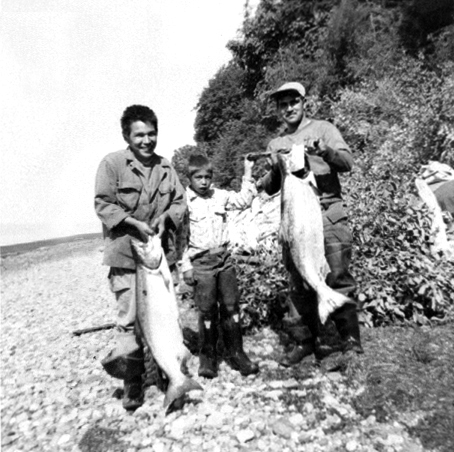 Tulalip fisherman Stan Jones remembers fishing growing up in the 40s and 50s, and the struggle that grew through the 60s as the state began enforcing new laws, leading up to the Boldt Decision. Stan stepped away from fishing serving 44 years on Tulalip Tribal Council and was a key player during the Boldt Decision.

“Dad always had a net in the back of the house, in the back room. He hung his nets in there, sewed every mesh out of linen. Once when he was out I went in and tried to sew his net; he came home and cut all my work out and redid it. We just had short nets, dad stayed on shore or up in the river.

When dad was sick, me and my brother Junior, we’d take the boat out and fish. Once up in the river we had about 25 or 30 Kings.

We couldn’t fish during the day, so we fished at night. The state fisheries officer John LaPlant, he used to come by and harass us. ‘If you’re gonna be here, put some lights on your boat,’ he’d say. Then the other rule was we couldn’t be more than 600 hundred feet offshore, so we just had little short nets. They were always coming by to see how far we stretched our nets out. If they thought you were too far, they arrest you right off the boat, and let your boat and net go adrift.”

Growing up, I heard these stories constantly. I almost feel like I was there, like I knew John LaPlant. I grew up in a post war era. Playing in the backyard there were many parts to boats and old fishing equipment,  old corks scattered from hanging nets, and there was the old smokehouse. Grandpa used to smoke fish, not like the old days. Fishing and smoking fish though, that’s when the stories came out.

I learned the shores of Tulalip by the fishing landmarks and family grounds. Dad always says things like, “Run this end of the net up there into Roy Henry’s grounds.”

I didn’t know then, but I was learning about who we were, who we are, and the struggle to protect that. Dad would point out places on the shoreline, telling some fish stories. Even if we weren’t fishing, maybe driving around Tacoma or up across Deception Pass, Dad was always telling fishing stories. If grandpa was with us we had twice the stories. Amidst the stories, there was talk about the regulations and the law, and the fish wars. Today, I realize that the life I live fishing, like many others, was hard fought to protect. It is so much more as well. It is our identity, it defined our parents and grandparents, and it is our way of life.