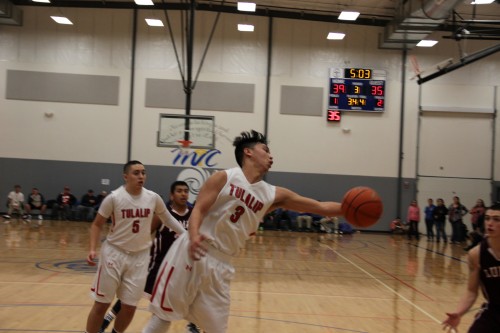 With a narrow 5 point lead throughout the game, the Tulalip Heritage Hawks faced their longtime rivals, the Lummi Blackhawks, at the District One 1B Championship game, winning 69-63, advancing to the tri-district championships playing their first game Tuesday, February 18th. This is the second Championship win for Tulalip.