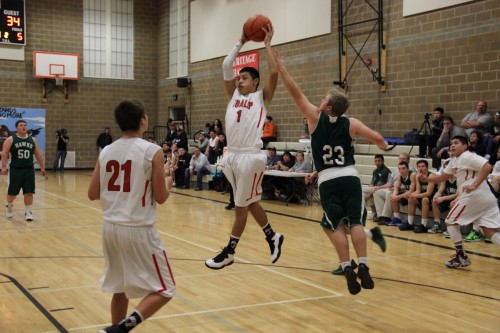 Dontae Jones with the rebound for Tulalip. Andrew Gobin/Tulalip News

The Tulalip Heritage Hawks crushed the Mt. Rainier Lutheran Hawks at tonight’s game at Heritage High School in the first tri-district championship game. Both teams opened strong, keeping up with one another. Then in the last minutes of the first quarter, Tulalip pulled away, building on a 7 point lead that ended in a win by nearly 20 points, 76-48 Tulalip. 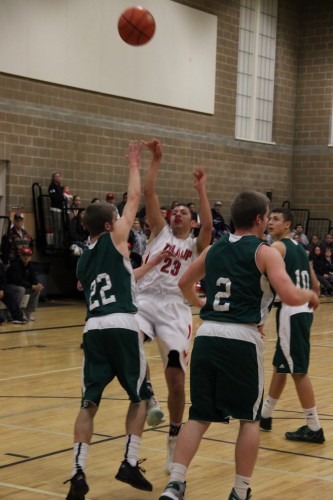 Shawn Sanchey drives to the hoop for a lay up, passing Rainier defense. Andrew Gobin/Tulalip News

The win was hard earned. Tempers flared in the first quarter, leading to taunting fouls on both teams. The second quarter they tightened up, playing a clean game with minimal fouls. It seemed like the tables might have turned with Rainier sinking nothing but three pointers, but the hawks pushed on, relentlessly driving the ball to the hoop. The third quarter was all about the fouls with both teams showing signs of fatigue, lacking precision in the execution of plays, scored 71-47 Tulalip. 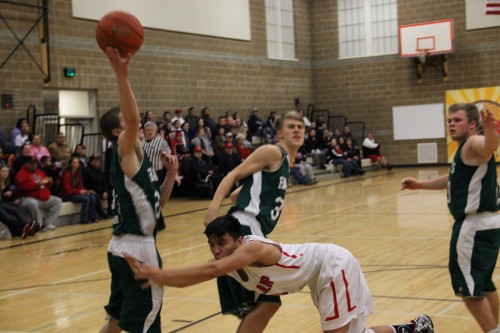 Both teams played hard, showing their fatigue in the fourth quarter. The starters, who had played the entire game, were pulled on both teams, as the fresh players took the court. Alan Enick scored an amazing three pointer in the final minutes of the game, further sealing the win for Tulalip.