To aid in the Yurok Tribe’s climate change research on Klamath River wetlands, the Environmental Protection Agency awarded the tribe part of a $1.5 million grant this week. 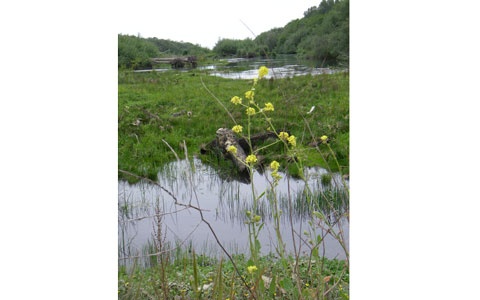 ”It’s a very competitive program, and not easy to get funded,” Marr said. “The Yurok Tribe has a strong program, and has competed very well over the years.”

Wetlands specialist Bill Patterson of the tribe’s environmental program said the $135,000 award is the fourth two-year grant the tribe has received from the EPA program. Each grant, Patterson said, has funded a variety of wetlands research projects spanning nearly eight years and different regions of the Klamath River.

”What we’re trying to do is expand on the previous data that we’ve had that includes an inventory baseline of wetlands species and water quality parameters,” Patterson said. “This cycle we’re looking at specific species that may be threatened in the face of climate change impacts, in particular sea level rise.”

The research project will collect baseline data on the wildlife and conditions of coastal estuaries near the lower Klamath River, which Patterson said can be useful for future research.

”The inventories are very useful in that they’re snapshots in time,” Patterson said. “For something like sea level rise, if the estuary is going to be 6 feet underwater in 25 years, you can look back at how it was impacting them in 2014.”

Patterson said that while past research with the tribe’s fisheries program and the U.S. Fish and Wildlife Services has focused on mapping, water quality and restoration efforts in both upper and lower regions of the Klamath, efforts to analyze sea level rise are critical due to its substantial effects on coastal estuaries.

”If you want to talk about the future of climate change, what you’re potentially going to see with sea level rise is increased salinity,” Patterson said. “The saltwater levels rise, and that can significantly change the plant community and the species that rely on that community.”

With wetlands disappearing at an alarming rate, Patterson emphasized the importance of assessing the local wildlife that rely heavily upon the fragile ecosystem.

”It’s a really rare habitat, because it’s in a coastal climate, and is significant to a lot of species,” Patterson said. “People often overlook these areas.”

The Environmental Protection Agency’s current wetlands program coordinator Leana Rosetti said it is important to help tribes and local governments protect and improve their wetland programs. The application period for next year’s grants are still open, she said.

”We encourage folks to develop plans to compete for grants to fund their own wetlands program,” Rosetti said. “The more applicants, the better.”

On the Web: For information on the EPA grant, visit water.epa.gov/grants_funding/wetlands/grantguidelines/index.cfm

Will Houston can be reached at 707-441-0504 or whouston@times-standard.com. Follow him on Twitter.com/Will_S_Houston.