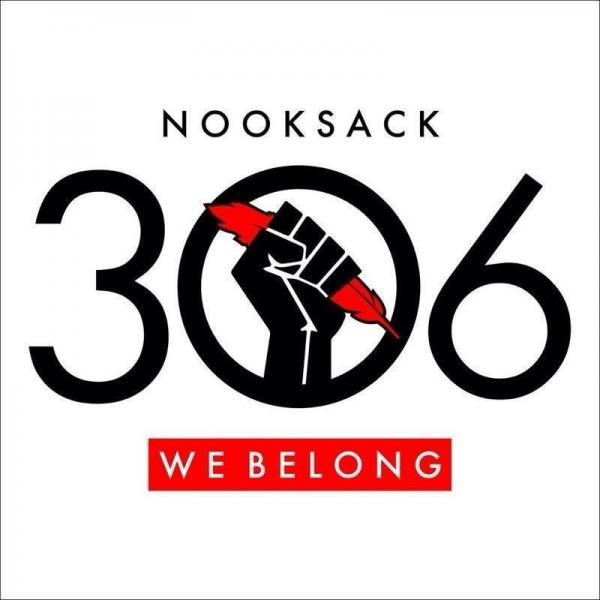 Two members of the “Nooksack 306” – Nooksack Indian Tribe citizens who are fighting disenrollment – are awaiting an appeals court ruling on a case involving their alleged unconstitutional removal from the tribal council.

Council members Michelle Roberts and Rudy St. Germaine, along with more than 270 of the members targeted for disenrollment, filed a motion in Nooksack Tribal Court of Appeals February 18 seeking an emergency review of a February 7 order by Nooksack Tribal Court Chief Judge Raquel Montoya-Lewis, denying an injunction to stop Council Chairman Robert Kelly and other defendants from removing Roberts and St. Germaine from the council and reinstate them to their elected positions. Montoya-Lewis said the council had the power to remove them and that the court did not have the power to deal with the political aspects of the events.

According to the court documents, Kelly called three emergency meetings over the Martin Luther King Jr. weekend, effectively blocked Roberts and St. Germaine from attending the meeting via teleconference and, at the last meeting, led the council in removing them from office for missing three meetings.

The motion to the Nooksack Tribal Court of Appeals asking for a review of Montoya-Lewis’s order is the latest action in a long series of legal moves that have taken place since February 2013, when the tribal council under Kelly’s direction passed Resolution 13-02: Initiating Involuntary Disenrollment for Certain Descendants of Annie James (George). The common thread among the 306 members facing disenrollment is their mixed Filipino and American Indian heritage. Moreno Peralta, spokesman for the families, told Indian Country Today Media Network that the families believe they are being dispossessed of their Nooksack identity because of their mixed Nooksack and Filipino ancestry.

Attorney Gabriel Galanda of the Seattle firm of Galanda Broadman is representing the Nooksack 306 and has challenged a number of Montoya-Lewis’s rulings in support of the tribal council before the Nooksack Tribal Court of Appeals. The appeals court ordered a halt to the disenrollment process while the legal issues are under review, ruling tribal membership is not tied to a 1942 federal census, as the Kelly Faction has maintained since starting to disenroll the Nooksack 306 last February. More than a dozen members of the Nooksack 306, including Roberts, say that since the disenrollment effort began they have been fired from jobs with the tribe and others have been denied tribal housing assistance, even though they have not yet been removed from tribal membership rolls.

Kelly did not respond to a request for comment.

In an open letter to Interior Secretary Sally Jewell and Assistant Secretary – Indian Affairs Kevin Washburn, posted on Indian Country Today Media Network February 25, Roberts implored the federal officials to intervene in the Nooksack disenrollment conflict. She cited the violence that erupted at the Cedarville Rancheria when former tribal council chair Cherie Lash Rhoades gunned down five people, killing four of them, and stabbed a sixth.

Roberts cited a media report that described the Cedarville killings as “the latest, and most chilling, example of tribal violence over power struggles and disenrollments.”

“So we have worried about the dispute turning violent on our reservation. History teaches us that when democracy falters, when there is no due process, when free speech is stifled, people take matters into their own hands,” Roberts wrote.

However, according to the Associated Press, Rhoades was being evicted from her home, but not disenrolled from the tribe.

Roberts called disenrollment “a creature of the federal government.” It was foreign to Indian people until the 1930s, when the United States began ‘reorganizing’ tribes and the Interior Department began “foisting boilerplate constitutions on tribes” that include disenrollment provisions. “Our traditions do not… Disenrollment is therefore your business,” she told the federal officials.

Moreno Peralta, the Nooksack spokesman, said the Nooksack 306 group is prepared to take the disenrollment conflict into the international arena, but must first exhaust all available legal venues here.

If that does not happen, the Nooksack 306 will move ahead with a pending federal court lawsuit against Interior officials regarding an allegedly unlawful federal disenrollment election that took place last summer. “That case could take us to the highest courts in the land,” Peralta said. The group is also considering another federal court lawsuit against the Kelly faction, alleging a violation of the Indian Gaming Regulatory Act for depriving the Nooksack 306 of Christmas per capita payments. “The Nooksack judge refused to hold the Kelly faction in contempt of her own order but a federal court judge might not be so kind to them given how egregiously they have violated federal gaming laws,” Peralta said. The Nooksack 306 is also waiting to see the results of a National Indian Gaming Commission investigation into the matter.

“If all of those domestic legal efforts fail, our lawyers are already poised to pursue our claims internationally for violation of various human rights laws,” Peralta said.