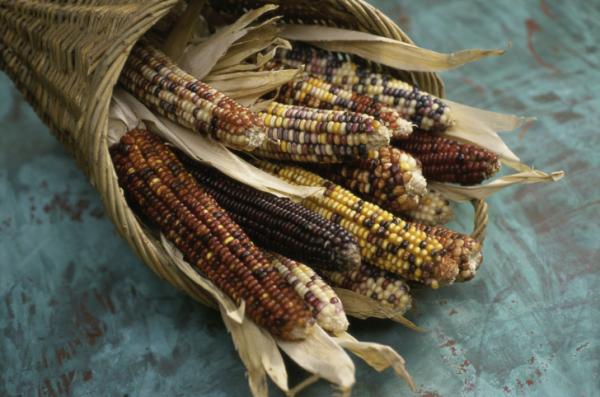 There are plenty of reasons to join the cause to label or eliminate foods that contain genetically modified ingredients: first of all, just because something is deemed legal by the government does not make it safe for humans. Ask any indigenous person in any country: how many things deemed “legal” have done harm to their cultures and communities? GMOs are no different.

Take Hawaii, for example. Last year the chain of islands organized several large demonstrations to speak out against the biotech companies trying to make the island state their home. Because Hawaii is geographically isolated and has an ideal growing climate, plus abundant natural resources, five of the world’s biggest biotech companies have targeted the islands as their testing field for chemical and food engineering. What does this mean? Well, to Hawaiians it means that over 70 different chemicals have been sprayed onto genetically engineered crops during field tests that went undisclosed to the public—meaning the surrounding communities were given no warning nor a chance to protect themselves from exposure through wind, water or contaminated soil. Some of these field tests took place near homes and schools. All of this in a state where adult on-set diabetes and cancer rates have increased over the last 10 years.

Many native Hawaiians are actively speaking out against the genetic modification of their food supply, stating that GMOs are sacrilegious to their indigenous culture. Miliani B. Strask, a native Hawaiian attorney wrote, “For Hawaii’s indigenous peoples, the concepts underlying genetic manipulation of life forms are offensive and contrary to the cultural values of aloha ‘ʻāina [love for the land].”

Across the ocean in a vastly different climate, the Diné are in accord. In 2013 The Navajo Nation declared themselves to be a GMO and pesticide-free nation. This encompasses 10 million acres of land and more than 250,000 people. Their reasoning? In part: Corn is sacred.

In the year 2000, only 25 percent of the corn growing in the United States was genetically modified. In 2013 that number was up to 90 percent. Along with more GMO corn comes more super-weeds and super-pests adapting to live alongside the corn, which then needs even more intense super-chemicals to kill them off. Biotech companies like Monsanto have even been allowed to patent their seeds. If their seeds blow into your field and begin to grow? You owe them money. This has led to thousands of farmers in India to take their own life as they spiral into a debt they cannot pay off.

In their resolution against GMOs and pesticides, the Dine cited the United Nations Declaration on the Rights of Indigenous Peoples, specifically Article 31, which states:

“Indigenous Peoples have the right to maintain, control, protect, and develop their cultural heritage, traditional knowledge, and traditional cultural expressions, as well as the manifestations of their sciences, technologies, and cultures, including . . . seeds, medicines, knowledge of the properties of fauna and flora  . . .”

GMOs may cause yet-unknown health consequences, but as indigenous people they may also threaten cultural heritage, tradition and even sovereignty. Corn IS sacred. It is our mother and our nurturer. We cannot stand idly by as she is mutated and commoditized into something that poisons the land, the water and the people.

Over 61 countries, covering 40 percent of the world’s population and all of the European Union already label genetically modified foods. And in 50 countries there are severe restrictions or outright bans of GMOs—Canada and the United States are not among any of these countries. Whether you believe genetically modified food can cause cancer or not, this is one cause worth standing up for: plant heirloom seeds in your garden, don’t use pesticides and herbicides, and vote to label GMO foods. If labeling GMO foods isn’t on your local ballot, fight to get it on there.

Darla Antoine is an enrolled member of the Okanagan Indian Band in British Columbia and grew up in Eastern Washington State. For three years, she worked as a newspaper reporter in the Midwest, reporting on issues relevant to the Native and Hispanic communities, and most recently served as a producer for Native America Calling. In 2011, she moved to Costa Rica, where she currently lives with her husband and their infant son. She lives on an organic and sustainable farm in the “cloud forest”—the highlands of Costa Rica, 9,000 feet above sea level. Due to the high elevation, the conditions for farming and gardening are similar to that of the Pacific Northwest—cold and rainy for most of the year with a short growing season. Antoine has an herb garden, green house, a bee hive, cows, a goat, and two trout ponds stocked with hundreds of rainbow trout.