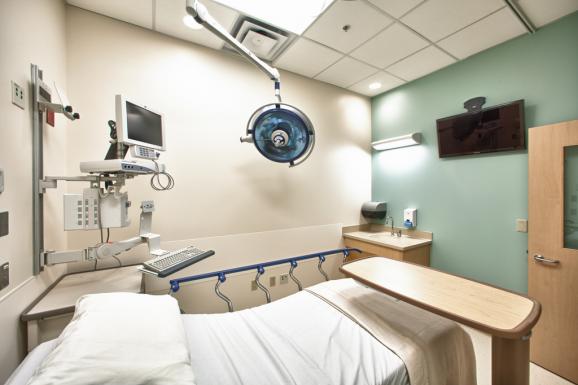 ER visits dropped 10 percent in teh last fiscal year, due in part to a set of best practices around emergency room care, says a new report.
Credit UMHealthSystem / Flickr

Washington’s Medicaid program saved more than $33 million last year, and a new report gives much of the credit to a big push to reduce emergency room visits.

ERs are a great place to treat real emergencies, but a very expensive place to do run-of-the-mill medical care. So the Health Care Authority, the agency that runs Medicaid, partnered with the Washington State Hospital Association, the Washington State Medical Association and others to adopt seven best practices aimed at ensuring ERs are used for their intended purpose.

They include things like keeping tabs on frequent ER users, referring people to primary care doctors and tightening up policies around prescribing narcotics.

“A patient who is seen in an emergency room for a headache and got a head CT comes in with the same complaint to another emergency room three days later. Without that information, they probably are going to repeat the work-up,” Lessler said.

In fiscal year 2013, ER visits dropped by 10 percent. Visits by those frequent users dropped even more, as did the rate of visits resulting in a scheduled drug prescription.

The ER reforms probably aren’t the only reason for those changes and the cost savings. Lessler says other changes over the same period, like moving people to managed care, probably get some credit.

A large study in Oregon recently found that expanding Medicaid to more people increased ER use, rather than decreasing it as hoped. That finding is controversial, but Lessler notes that Washington’s ER reforms put it in a good position as the state adds hundreds of thousands to the Medicaid rolls as a result of the Affordable Care Act.

The HCA and its partners plan to detail the findings at a noon announcement Thursday.