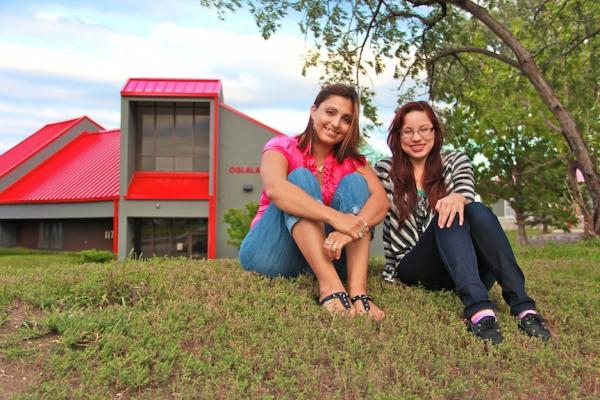 On April 2 the Department of the Interior announced that quarterly transfers of nearly $580,000 are set to begin this week to the American Indian College Fund. The Cobell Education Fund is part of the historic Cobell Settlement fund of 2012, which will provide financial assistance to American Indian and Alaska Native students wishing to pursue post-secondary education and training.

“The Scholarship Fund is an important tool to help students across Indian country pursue higher education opportunities imperative to their success in the workplace and to the creation of the next generation of Indian leaders,” said Interior Solicitor Hilary Tompkins in a press release. Tompkins helped negotiate the Cobell Settlement on behalf of the Department of the Interior.

“While there was much debate in the settlement negotiations, there was no debate among the parties that we must do something to support Indian students in their aspirations and dreams,” she said.

According to the Interior, the scholarship fund is financed in part by the Land Buy-Back Program for Tribal Nations. The program was created by the Cobell Settlement, which provided copy.9 billion to purchase fractionated interests in trust or restricted land from willing landowners. As an incentive to participate in the land consolidation program, a percentage of each purchase is donated to the Cobell Education Scholarship Fund.

The American Indian College Fund in Denver, Colorado will be in charge of administering the scholarship fund monies to eligible students interested in enrolling or currently enrolled in tribal colleges, technical and vocational programs and undergraduate and graduate programs.

Eligible students must be enrolled in an accredited, non-profit, U.S. institution that awards graduating students either bachelor’s degrees or career and technical certificates, or students that are pursuing post-baccalaureate graduate or professional degree as a full-time degree-seeking student at an accredited institution in the U.S. Online degrees are covered as long as they meet the above requirements.

In accordance with the programs guidelines, 20 percent of the funds will be allocated to support graduate students through the American Indian Graduate Center in Albuquerque, New Mexico.

According to Cheryl Crazy Bull, President and CEO of the American Indian College Fund, the organization is currently only able to provide scholarships to 75 percent of its current applicants, so the disbursement is a welcomed asset.

“We are thrilled to be able to remember and implement the vision of Elouise Cobell so that the Cobell Scholarship Fund can lift up tribal students and their families, and also know that we have a long way to go,” she told Indian Country Today Media Network.

“Current U.S. Department of Education data shows that less than 13 percent of American Indians and Alaska Natives earn a college degree compared to 28 percent of other racial groups,” she continued. “No doubt this is due to economic disparity, especially in reservation communities, as well as education disparity. We believe these scholarships will be a good start in providing Native people with a post-secondary education, which we see as the solution to ending poverty and its problems.

“We know there are many tribal students who have yet to access available scholarships so the need for scholarships will continue to rise.”

Crazy Bull also said that though the scholarships will help, the $580,000 is not a guaranteed amount per quarter as the Department of the Interior will contribute up to $60 million over the course of the Land Buy-Back Program. “Payments may vary each quarter depending on land sales and the value of those lands sold,” she said.

Currently the College Fund is still working to meet its goal of 60 percent of American Indians and Alaska Natives having earned a higher education by 2025 and will still relentlessly continue to pursue fundraising goals.

“If we were to fully fund tribal college students, 20,000 students at an average cost of copy6,000 a year, we would need $32 million a year for scholarships,” Crazy Bull said. “There are at least another 160,000 American Indian and Alaska Native students attending college across the U.S. The vast majority of them have great need for financial support.

“Tribal people have a right to access education in whatever manner works for them and wherever they choose to go to school.”

“While the Cobell Scholarship Fund has criteria like all scholarships generally do, the funds will make a difference with access and we hope that the funds can serve as a resource for students to stay in school.  Our student persistence and graduation rates are a focus of tribal educators and we know one of the most significant barriers is adequate financial support,” Crazy Bull said.