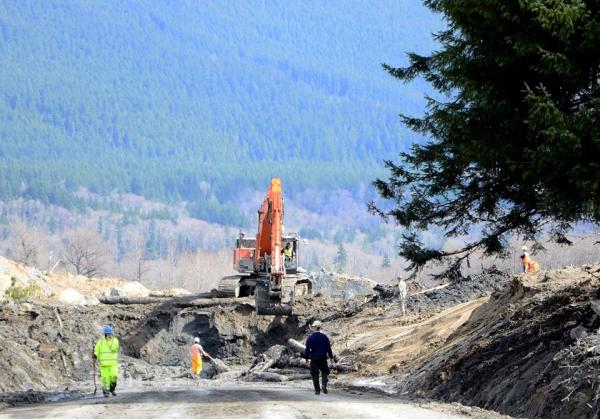 File photo of cleanup at the site of the Oso landslide site on April 3, 2014.
Washington National Guard

President Barack Obama is expected to visit the site of the deadly landslide in Snohomish County, Wash., later this month.

The scheduled April 22 visit would be exactly one month after the disaster struck. It’s a rare visit to the region for the President, not counting political fundraisers.

Presidents often travel to the sites of natural disasters to comfort victims and encourage first responders. It’s a tradition that dates back to at least the 1960s. At that time, Lyndon Johnson famously toured the aftermath of Hurricane Betsy in Louisiana. Historians called that trip to the swing state both a humanitarian and a political gesture.

Obama declared the Oso landslide a federal disaster area. But until now, his only public comments came during his trip in Europe last month.

“I would just ask all Americans to send their thoughts and prayers to Washington state and the community of Oso and the family and friends of those who continue to be missing,” President Obama said on March 25.

The Washington Governor’s office says the President will visit families and recovery workers during his visit to the site of the landslide.