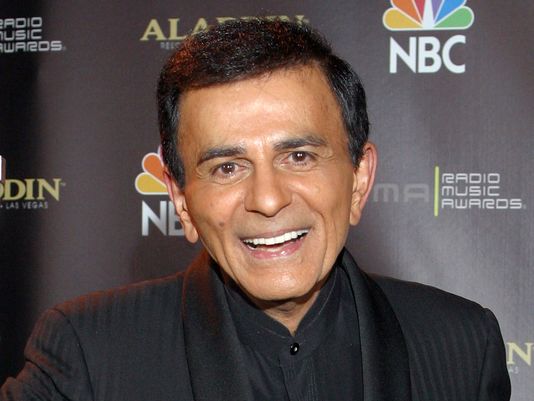 The big question: Where is Casey Kasem?

His daughter, Kerri Kasem, thinks he may have “fled the country” or possibly be on “an Indian Reservation.”

A judge on Monday ordered an investigation into the whereabouts of the famed radio countdown host, 82. An attorney for Kasem’s wife, Jean, told the court that Casey Kasem, who became famous for his weekly American Top 40 radio show and as the voice of Shaggy in the Scooby-Doo cartoon, had been removed from Los Angeles without his children’s knowledge. He has advanced Parkinson’s and can no longer speak.

Superior Court Judge Daniel S. Murphy ordered a court investigator and adult protective services to find out where Kasem is being treated, reported AP. Kasem has been in various medical facilities chosen by his wife. Jean Kasem, and Kasem’s kids have long been battling over their father.

CNN reports that also on Monday, Kasem’s daughter, Kerri Kasem, was named as temporary conservator of her dad.

“Justice was finally served! I just won temporary conservatorship over my father’s healthcare. We have been vindicated by the court. Thank you for your prayers, well wishes and support through this entire ordeal,” Kasem’s daughter, Kerri Kasem, posted on her Facebook page soon after the order.

Later, she added: “I believe my father’s wife fled the country (or possibly went to an Indian Reservation) with my Dad because she knew I would win in court today. The judge ordered, Adult Protective Services, the PVP Attorney and the police to look for him. Please pray that he is safe.”