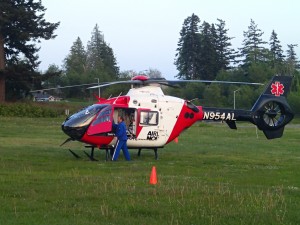 At approximately 8:30 p.m. the Airlift Northwest Med-Evac helicopter landed in the field next to the Tulalip health clinic, the old Boom City site. Firefighters set up the landing zone prior to the arrival of the Med-Evac. When the helicopter had landed, the emergency response team from Airlift Northwest reviewed some landing procedures, highlighting what TBFD did well, and what to keep in mind for emergency situations. Airlift Northwest also discussed how landing procedures might vary depending on time of day, weather conditions, the patient condition, and status of a landing zone. They then demonstrated how to properly load a patient into the helicopter.

The commotion inevitably drew some attention from vehicles passing by, with many stopping to observe what was going on. 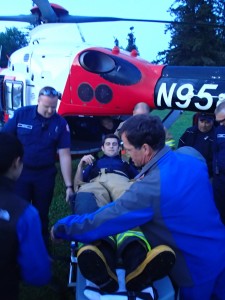 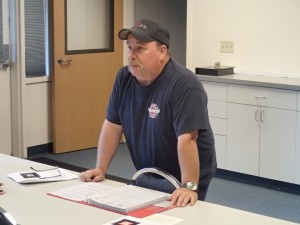 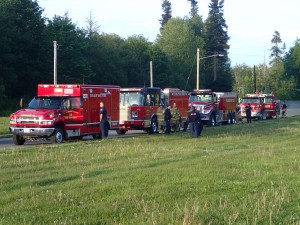 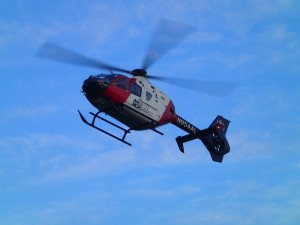 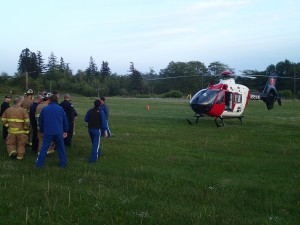 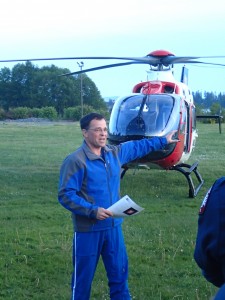 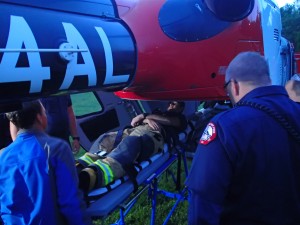 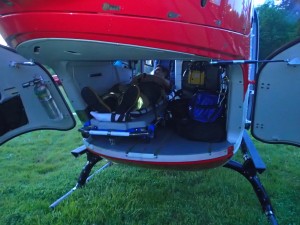 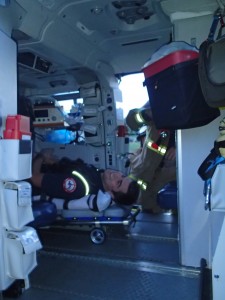