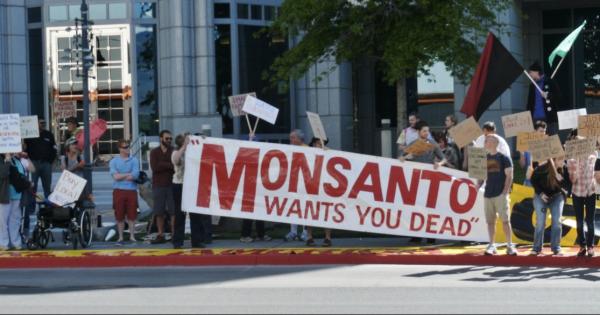 On May 8, Vermont set history by becoming the first state in the country to require genetically modified (GMO) food to be labeled.

When Gov. Peter Shumlin (D) signed the bill into law, he released the statement: “We believe we have a right to know what’s in the food we buy.”

But one hurdle still stands in the state’s way: a likely lawsuit from Monsanto, the world’s largest GMO producer.

According to a recent report on labeling requirements from the nonprofit Council for Agricultural Science and Technology, at least 25 states are considering similar legislation, but with trigger clauses like Connecticut and Maine that require multiple other states to pass GMO labeling laws before theirs take effect.

“If Vermont wins, it might not be long until the entire country mandates GMO labeling, giving consumers the information to make their own choices,” states a petition by the SumOfUs community (sumofus.org) that urges people to sign to protest Monsanto suing Vermont for its decision to label GMO foods.

Attorney General Bill Sorrell told Vermont Public Radio in May that he would be “very surprised” if Monsanto doesn’t sue the state, reported the Washington Post. State officials  have even guarded against a lawsuit with a copy.5 million legal defense fund, which would be paid for with settlements won by the state.

Among Monsanto’s outlandish claims is that a labeling requirement would be a violation of the company’s freedom of speech. In recent years, Monsanto has even gone as far as to partner with DuPont and Kraft Foods to grossly outspend and defeat supporters of similar laws in California and Washington, explains sumofus.org.