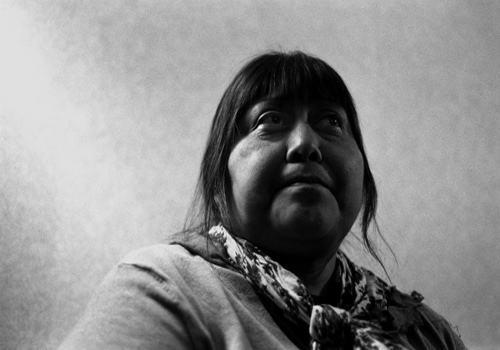 SANTA CRUZ, Ariz. The swath of land in southern Arizona that bleeds into the northern Mexican state of Sonora is a sprawling, largely uninhabited, desert divided by mountains and spotted with shrubs. Driving down dusty roads with a punishing sun overhead, it seems almost lifeless.

But this region is home to the Tohono O’odham Nation, a tribe of 25,000 people, who have shared the land with the road runners, mountain lions, jaguars and wolves for over 6000 years. In 1853 the US Mexico border was redrawn, effectively cutting the O’odham Nation in half.

This border itself did not present grave consequences for the tribe, however, until the late 1990s, when the US Border Patrol developed a new strategy for Border enforcement in the southwest. At that time, operations Gatekeeper in San Diego, Hold the Line in El Paso and Safeguard: Arizona in Nogales shifted enforcement to urban areas. The object was to force migrants into desolate desert regions, where they would either be deterred by the terrain or easily apprehended in open spaces.

The only thing that’s changed, however, is where migrants are crossing. The narrow corridor they have been edged into goes right through the Tohono O’odham reservation.

This land is also where the proposed border fence would be built, isolating the communities of O’odham people on either side of the fence and threatening the animals and vegetation of the biologically diverse Sky Island region.

Tribal members and environmentalists there are not concerned with the politicized issue of undocumented immigration to the United States. Their concern is the preservation of the culture and habitat that have flourished here for thousands of years and now face decimation by the construction of a wall.

Every October, O’odham tribal members make a pilgrimage from the US side of their land to Magdalena, Sonora in Mexico side as part of their annual St Francis festival. The procession is part of a larger event, with music, food and dancing and is their largest tribal festival. Increased border enforcement in the past twenty years has restricted this movement, but they still made the annual procession. Until this year.

On October second, the electrical lines to an O’odham community in Mexico were cut, leaving them without power. A tribal member decided to drive to the US side to get some generators so the celebration could go on as planned. As he was driving, his truck was shot at.

The man’s sister, Ofelia Rivas, along with most tribal members, is convinced that the cut lines and the shooting are related, perpetrated by drug smugglers who have set up operations on O’odham land and are trying to intimidate the residents.

Ofelia is a tribal elder and she has watched the impact that increased border security has had on her people’s land. Aside from the aggression from smugglers, she’s had to endure harassment by Border Patrol officers restricting movement on traditional routes. “One of the main things is that we are impacted by the immigration policies and we’re not immigrants,” she says. “We have to carry documents to prove who we are.”

Ofelia tells a story of one Border Patrol encounter that turned into terror for her and her family. She was with her daughter and grandson, driving home from an all night dance when they were pulled over. “Right away they said ‘Get out, get out’ because I’m in the back seat and I’m brown skinned and I don’t talk English too well, you know.” She asked why she had to get out of the car and the agent asked whether she was a US citizen or a Mexican citizen. She answered, “I’m an O’odham don’t you know you’re on my land? You should have some respect.”

At this point, Ofelia recalls, the officer got angry, unclipped his pistol and put it to her head, demanding that she say whether she is a Mexican or a US citizen. He said if she didn’t answer, he would handcuff her and have her deported. “I said where are you gonna deport me to? Mexico is my territory. My father’s community is there. O’odham community is there.” Ofelia shakes her head. “By then my daughter is crying, my grandson is crying and I can’t cry because I’m really angry but I’m very much afraid.”

Then another Border Patrol truck pulled up and the agent accosting Ofelia put his gun in his holster. They were promptly let go.

The terrain in this corner of the continent is referred to as the Sky Island Mountains. The name alludes to the natural phenomenon of lush, vegetated mountains surrounded by a sea of desert. It is considered the most biologically diverse region in North America, connecting desert, tropics and mountains.

Matt Skroch is the executive director of the Sky Island Alliance, a non profit organization which dedicates itself to the preservation of the region. Most of their energy now is spent trying to raise awareness to the importance of what they call “wildlife connectivity” across the border, which he says would be devastated by the construction of a wall.

“The region is defined in both the United States and in Mexico,” Matt explains. “It’s one unique biological region that spans the international border. In that sense, it’s very much connected. The Sky Islands to the north of the border are connected geographically, topographically, biologically, ecologically with the mountains south of the border. And its imperative that permeability of the landscape remains so that our web of life, our plants and animals are able to migrate back and forth.”

Sergio Avila, a wildlife biologist for the Sky Island Alliance, uses the example of the jaguar — an animal native to the region — to explain his position.

“Animals don’t know about borders, different countries, languages or visas. So anything that prevents the animals from moving is gonna be a problem, no matter what side the animals are at. . . It’s just dividing the same region. Its’ not going to be a matter of well, what side is the jaguar in? Is it in the US side? Are we going to keep it in the US? Or is he gonna stay in Mexico? It is not good to leave it in one side or the other. We shouldn’t have to choose for the animal.”

Beyond the abuse and the fear, Ofelia Rivas is most troubled by the prospect of the construction of a fence. “We don’t agree with this wall,” she said. “It’s like a knife in our mother (earth). These metal things are going to go in our mother and we can’t pull them out.”