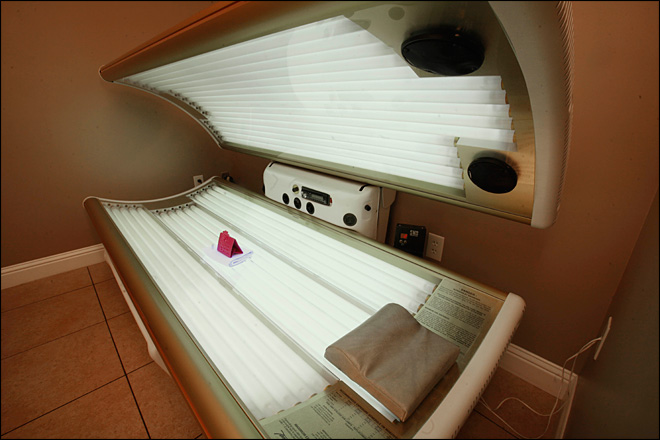 OLYMPIA, Wash. (AP) — Teens under the age of 18 will be banned from using tanning beds in Washington state under a measure signed into law by Gov. Jay Inslee.

Inslee signed Senate Bill 6065 Thursday, and it goes into effect in mid-June.

Users of tanning equipment would have to show a driver’s license or other form of government-issued identification with a birth date and photograph. Tanning facilities that allow people under age 18 to use a tanning device could be fined up to $250 per violation. The measure allows teenagers to use a tanning bed or related device if they have a doctor’s prescription.

California, Illinois, Nevada, Texas, Vermont and Oregon ban the use of tanning beds for all minors under 18, and at least 33 states and the District of Columbia regulate the use of tanning facilities by minors, according to the National Conference of State Legislatures.