Of a total of 1,322 Superfund sites as of June 5, 2014, nearly 25 percent of them are in Indian country. Manufacturing, mining and extractive industries are responsible for our list of some of the most environmentally devastated places in Indian country, as specified under the Comprehensive Environmental Response, Compensation and Liability Act (CERCLA), the official name of the Superfund law enacted by Congress on December 11, 1980.

Most of these sites are not cleaned up, though not all of the ones listed below are still active. Some sites are capped, sealing up toxics that persist in the environment. In cases like the Navajo, the Akwesasne Mohawk and the Quapaw Tribe, the human health impacts are known because some doctors and scientists took enough interest to do studies in their regions. Some of those impacts may persist through generations given the involvement, as in the case of the Mohawk, of endocrine disrupters. Read on. 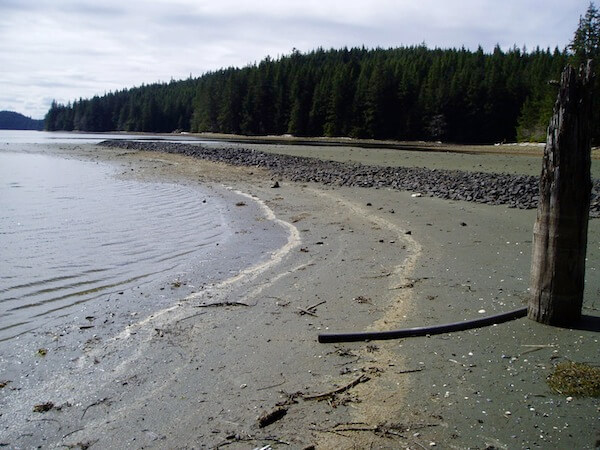 The Salt Chuck Mine Superfund site in southeast Alaska operated as a copper-palladium-gold-silver mine from 1916 to 1941. Members of the Organized Village of Kasaan, a federally recognized tribe, traditionally harvested fish, clams, cockles, crab and shrimp from the waters in and around Salt Chuck, unaware for decades that areas of impact were saturated with tailings from the former mine. As if that weren’t enough, Pure Nickel Inc. holds rights to mining leases in the area and began active exploration to do even more mining in summer 2012, according to Ground Truth Trekking. 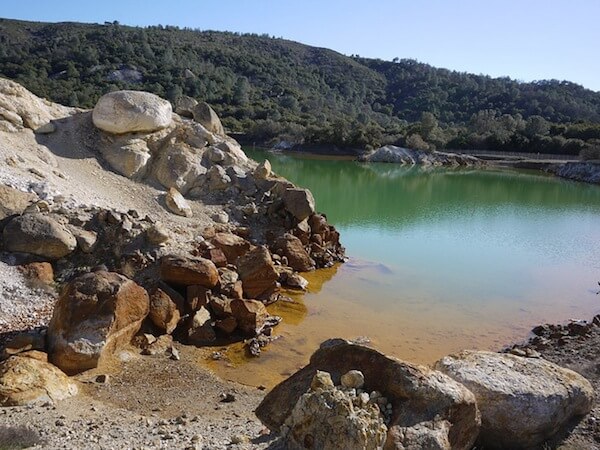 The Elem Band of Pomo Indians, whose colony was built on top of the waste of what would become California’s Sulfur Bank Mine Superfund site in 1970, have elevated levels of mercury in their bodies, and now fear for their health. According to an NBC News investigation, nearby Clear Lake is the most mercury-polluted lake in the world, despite the EPA’s spending about $40 million over two decades trying to keep mercury contamination out of the water. Although the EPA cleaned soil from beneath Pomo homes and roads, pollution still seeps beneath the earthen dam built by the former mine operator, Bradley Mining Co. For years, Bradley Mining has fought the government’s efforts to recoup cleanup costs.

3. Leviathan Mine, Washoe Tribe of Nevada and California 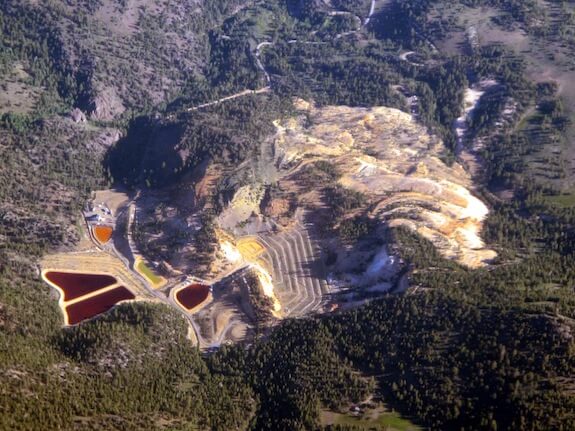 The Washoe Tribe of Nevada and California requested EPA involvement in the cleanup of an abandoned open pit sulfur mine on the eastern slope of California’s Sierra Nevada that became the Leviathan Mine Superfund site. The Washoe Tribe had become concerned that contaminated waters were affecting their lands downstream, causing impacts to culture and health, environmental damage, remediation, monitoring and testing, posting of health advisories, drinking water, effects on pregnancy, and cancer. Aluminum, arsenic, cadmium, iron, manganese, nickel and thallium have been detected in surface water and sediment downstream from the mine. The U.S. Centers for Disease Control and Prevention (CDC) concluded that exposures could result in cancerous and non-cancerous health effects. 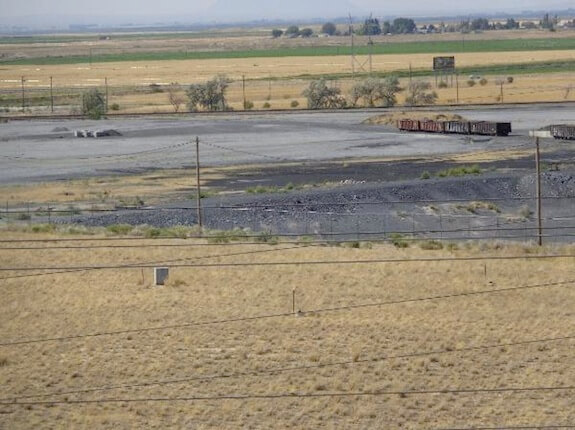 The abandoned FMC phosphorus facility occupies more than 1,000 acres of the Shoshone-Bannock Tribes’ Fort Hall Reservation in Idaho, and lies within Eastern Michaud Flats Superfund site. The primary contaminants of concern at the site are arsenic, elemental phosphorous and gamma radiation. FMC left a legacy of contamination in the air, groundwater, soil and the nearby Portneuf River, which threatened plants, wildlife and human health on the reservation and in surrounding communities. The Shoshone-Bannock have long asked for a cleanup of contaminated soils, but instead the EPA’s 2012 interim remedy is to cap and fill, including areas containing gamma radiation and radionuclides. 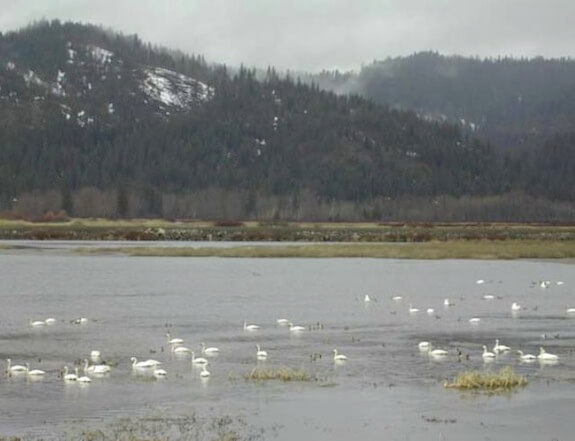 The Bunker Hill Mining and Metallurgical Complex Superfund site, located in the Coeur d’Alene River Basin, is one of the largest environmental and human health cleanup efforts in the country.

Its contamination, the result of decades of mining, milling and smelting, affected more than 150 miles of the river, lake and its tributaries. The area, listed a Superfund site in 1983, is one of the “largest and most complex” in the country, according to the EPA. Studies revealed that three quarters of children living in the area in the 1970s had unhealthy levels of lead in their bloodstream. The United States, the Coeur d’Alene Tribe and the state of Idaho settled with the Hecla Mining Co. in June 2011 for $263.4 million to resolve claims stemming from releases of wastes from its mining operations, an agreement that will protect people’s health by ensuring the cleanup of areas heavily polluted with lead, cadmium, arsenic and other contaminants. 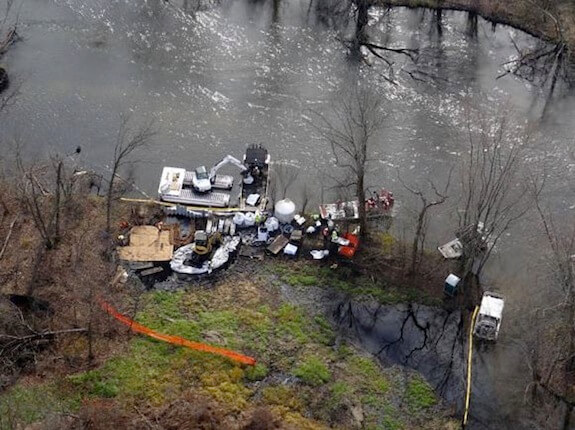 The Shoshone Paiute Tribes of Duck Valley and the state of Nevada will oversee cleanup of the abandoned Rio Tinto Copper Mine Superfund site with $25 million paid by the Atlantic Richfield Co., DuPont and Co., the Cleveland-Cliffs Iron Co. and Teck American Inc., all corporate successors to companies that operated the copper mine between 1932 and 1976. The agreement was worked out last year by the EPA, U.S. Department of Justice (DOJ) and the Nevada Division of Environmental Protection. The cleanup will remove mine tailings from Mill Creek, make the creek habitable for redband trout and improve the water quality of Mill Creek and the East Fork Owyhee River.

The Alcoa Superfund aluminum manufacturing facility in Massena, New York, released hazardous substances including polychlorinated biphenyls (PCBs) onto property and into the Grasse River, contaminating sediments in the river system to approximately seven miles downstream, a traditional area of the Akwesasne Mohawk. Analysis of fish in the Grasse River revealed high levels of PCB contamination. PCBs are linked to cancer, low birth weight and thyroid disease, as well as learning, memory and immune system disorders. When in April 2012 the EPA finalized a cleanup plan that requires dredging and capping of contaminated sediment in a 7.2 mile stretch of the river in April 2012, the Saint Regis Mohawk Tribe were not satisfied with the capping solution. 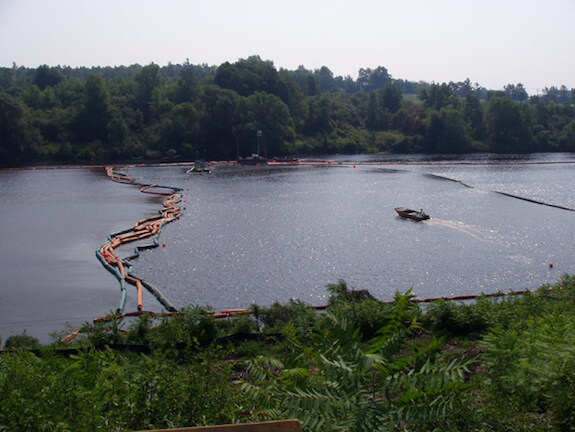 Some 4,000 Saint Regis Mohawks live adjacent to the General Motors Massena Superfund site in Massena, New York, which while in operation used PCBs, plus generated and disposed of various industrial wastes onsite. PCBs have been found in the groundwater, on- and off-site soils and sediments in the St. Lawrence and Raquette Rivers, Turtle Cove and Turtle Creek. PCBs are probable human carcinogens that can also affect the immune, reproductive, nervous and endocrine systems, as well as cause other health effects. Groundwater was also found to be contaminated with volatile organic compounds (VOCs), which are potentially harmful substances that easily evaporate in the air. Phenols have been detected in lagoons left behind.

The bodies of young Akwesasne Mohawk adults contain twice the levels of PCBs as the national average, compared to those studied by the CDC. Researchers have already established that PCBs have altered thyroid gland function in the Akwesasne community. Prior studies found lower testosterone levels and established links to autoimmune disorders.

“Endocrine disruption seems to be the effect which is most far reaching, because other effects on the reproductive system may be well tied into that,” said Lawrence Schell, a professor at the State University of New York (SUNY at Albany) and director of its Center for the Elimination of Minority Health Disparities who was involved in an exposure research study at the St. Regis Mohawk Nation.

Onondaga Lake is a sacred place. The Great Peacemaker formed the Haudenosaunee, known as the Iroquois Confederacy, on its shores.

That the 4.5 square mile lake in Syracuse, New York is spoiled is a painful thing. Sewage overflows contaminated the lake over the years, as did industrial pollutants and heavy metals such as PCBs, pesticides, benzene, toluene, xylene, creosotes and polycyclic aromatic hydrocarbons (PAHs), lead, cobalt, and mercury. The Onondaga Lake Superfund site, listed in 1994, consists of the lake itself and seven major and minor tributaries. Completion of the dredging work is being performed by Honeywell International with oversight by the New York State Department of Environmental Conservation, the EPA and the New York State Department of Health, and capping is expected in 2016. The Onondaga Nation states the Honeywell cleanup plan does not effectively contain toxic chemicals and heavy metals that will be left beneath caps in the lake-bottom sediments.

“Caps are not a reliable form of containment—they will fail, and whether it is in 10 years or 110 years, it is only a matter of time,” the Onondaga said in a statement. “And when that happens, the chemicals will be re-released into the ecosystem.”

Nor does the plan set any goals for making the lake ‘swimmable’ or ‘fishable’ they say—a requirement under the Clean Water Act, the Onondaga added. 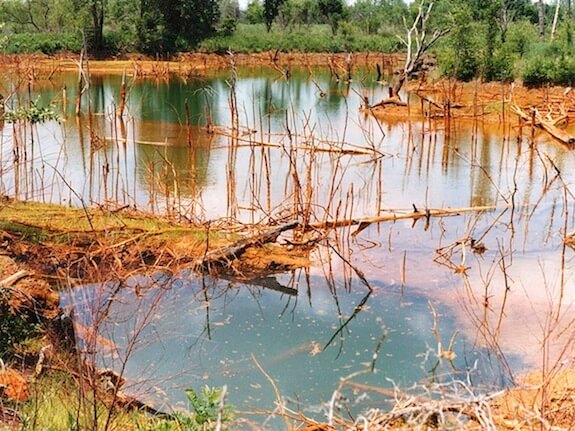 Picher, Oklahoma, part of the Quapaw’s tribal jurisdictional area, was home to productive zinc and lead mining until 1967, when mining companies abandoned 14,000 mine shafts, 70 million tons of lead-laced tailings, 36 million tons of mill sand and sludge and contaminated water, leaving residents with high lead levels in blood and tissues. The area was declared the Tar Creek Superfund site in 1983, but Picher was deemed too toxic to clean up after a 1993 study found that 34 percent of the children tested in Picher had blood lead levels exceeding the point at which there is a risk of brain or nervous system damage.  Cancers skyrocketed. A federal buyout paid people to leave. The Quapaw Tribe has cleaned up part of the Tar Creek Superfund site known as the Catholic Forty and has signed agreements to clean up two other sections of the contamination. Their goal is to make the land productive again. 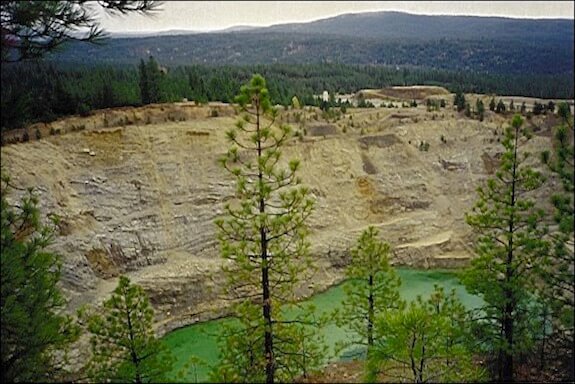 The 350-acre Midnite Mine Superfund site on the Spokane Indian Reservation in eastern Washington is centered around a former open pit uranium mine that poses a threat to human health due to elevated levels of radioactivity and the presence of heavy metals. Years of digging for uranium from 1954 to 1964, and again from 1969 to 1981, have disturbed 350 acres, left two open mine pits and piles of toxic rock on the landscape. Under a September 2011 agreement, Newmont USA Limited and Dawn Mining Company LLC would design, construct and implement the cleanup plan for the site that EPA selected in 2006. They will also reimburse EPA’s costs for overseeing the work. The United States will contribute a share of the cleanup costs. EPA will oversee the cleanup work in coordination with the Spokane Tribe. Cleanup is expected to cost $193 million. 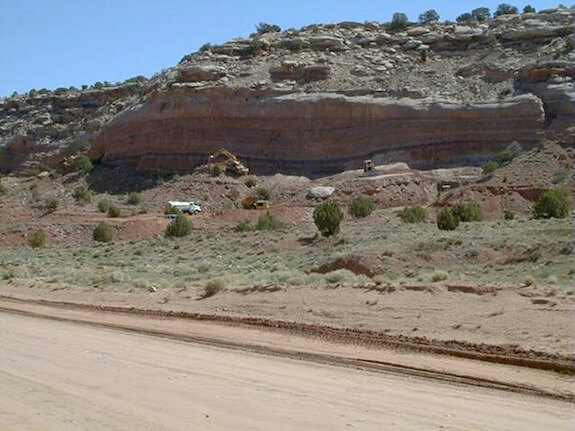 The legacy of uranium mining on the Navajo Nation is radioactive uranium contamination from 521 abandoned Superfund mine sites spread over 27,000 acres of Nevada, New Mexico and Arizona in the Four Corners area, leaving many homes and drinking water sources on the reservation with elevated levels of radiation. The health effects to Navajo citizens include lung cancer from inhalation of radioactive particles, bone cancer and impaired kidney function from exposure to radionuclides in drinking water. The EPA has completed on-the-ground screening of the mine sites, and with the Navajo EPA is determining the order of site cleanup. Cleanup of some sites has begun while the US EPA continues to research and identify Potentially Responsible Parties under Superfund laws to contribute to cleanup costs.