CedarPulling6-27-14A from Brandi Montreuil on Vimeo. 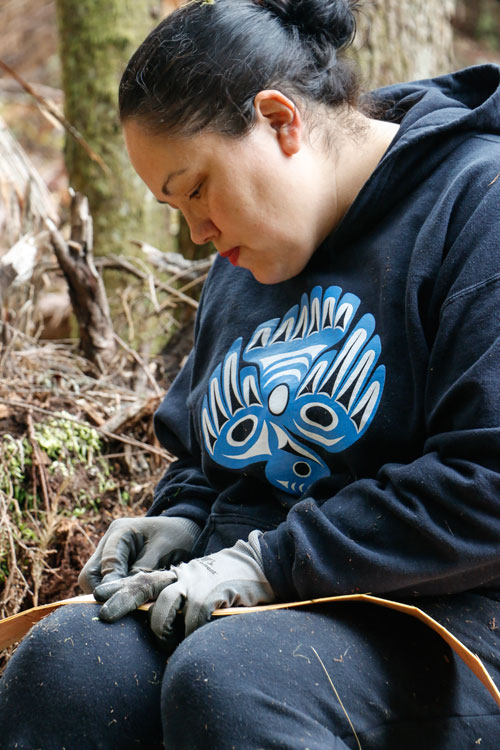 Leaning over a long strip of red cedar placed on her lap, Tulalip tribal member Cerissa “Pipud” Gobin, asked her 4-year-old daughter, Emmy “Pipud” Ramsey, if she knew what was in the center of the cedar tree.

“What is in the center of you? That is right; it is your heart. So in the center of the cedar tree is a heart,” said Gobin, as she continued her methodical rhythm of peeling inner bark from the outer bark on a strip of cedar that was recently cut from a nearby group of trees.

“When I first started pulling I had no idea what I was doing,” said Gobin.  “I learned as I went along. I learned to get the little pieces of bark left on the inside off before you leave, otherwise you are going to spend a lot of time trying to get it off later,” she continued, occasionally looking up from the long strip on her lap to watch her son, Coen, pull another strip of bark off a tall red cedar.

Clustered around Gobin and her sister, Chelsea Craig, also a Tulalip tribal member, were long strips of cedar waiting to have their inner bark stripped, which will be used to make cultural items. Outer bark is left for the forest to reclaim. Both women are educators who plan to use the cedar for in-class projects next year.

Gobin, a high school art educator at Heritage High School, uses the cedar to teach students how to make traditional headbands or bracelets, some of which are later used during graduation ceremonies. Craig, a teacher at Quil Ceda & Tulalip Elementary, uses the cedar to teach youth to make baskets, hats, and pins for potlatch giveaways. Although they teach students how to weave different items, together they weave a cultural foundation for Tulalip youth. 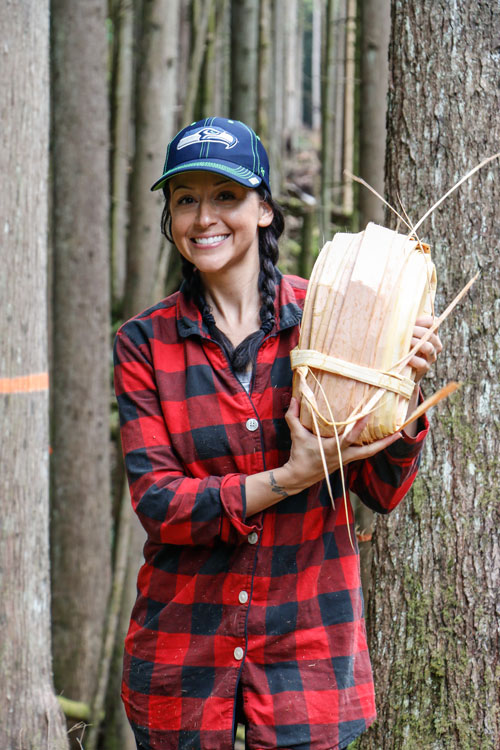 “Tulalip Forestry worked in conjunction with both agencies’ representatives to coordinate the event and establish ground rules regarding allowable and non-allowable trees to be pulled,” explained Ross Fenton with the Tribe’s forestry department. “The relations Tulalip Forestry has established over the years for cultural cedar bark gathering has gone exceptionally well. Some tribal members base their sole incomes on products they make from cedar bark, so it’s very important we continue to maintain these positive relations.”

“Traditionally we would come out to harvest when the sap would run. That makes it easy to pull it off the tree. This stuff peels so nicely, I am loving it,” said Craig, pausing for a moment to survey the large expanse of trees swaying in the afternoon wind. “It is amazing to sit here and think about how our people used to do this. How they would all come together with their families and gather cedar. Of course they didn’t use the same tools we are using today, but they came out and gathered and made things, some of which we still have today.”

Many Tulalip youth participated in the two-day cedar-harvesting event, gathering strips for elders and learning techniques of separating the smooth inner bark from the rough outer bark. For many, this was their first trip gathering cedar.

“Do you know how the cedar is related to us?” asked Craig to her nephew and nieces, who were struggling to bring the long cedar strips up the steep incline. “She is our grandmother and she is giving us this gift of cedar and we need to thank her.”

“I love being out here,” said Gobin, as she tightly wound her cedar into a bundle tying it off with a scrap of thin cedar. “It is really addicting to be out here stripping the cedar, it is one of my favorite things to do.”

“Yes, grandpa would be proud of us,” remarked Craig. 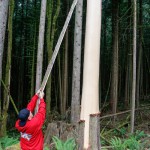 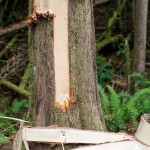 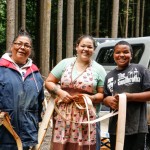 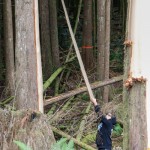 Tulalip youth Kamiakin Craig pulls a strip of cedar off a red cedar tree slated to be cut down, along with others on WA DNR land. Photo/ Brandi N. Montreuil, Tulalip News 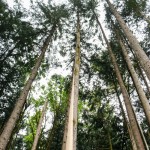 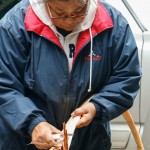 Judy Gobin uses a sharp knife to peel off stubborn outer bark that needs to be removed from the inner bark before the harvested cedar strips can be used for weaving. Photo/ Brandi N. Montreuil, Tulalip News 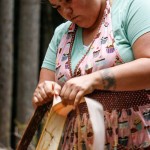 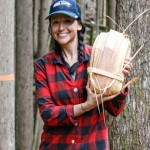 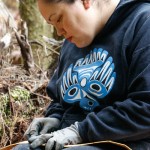