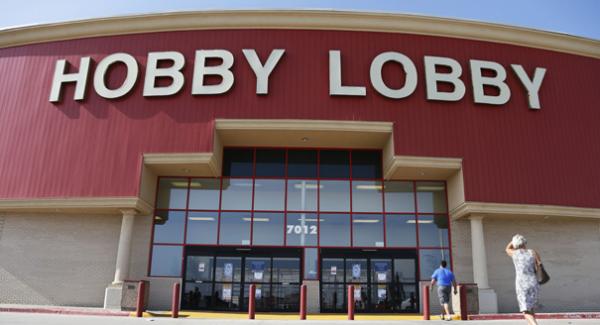 In wake of the 5 – 4 decision by the Supreme Court in Burwell v. Hobby Lobby issued June 30, political commentary on religious freedom, abortion rights, and the war on women has been endless.

Less talked about in the mainstream has been that the court used an Indian-centric law, the Religious Freedom Restoration Act (RFRA) of 1993, to help it come to its opinion, which said that some family-owned and other closely held businesses, like the Hobby Lobby craft store, are allowed to opt out of the federal Obamacare mandate requiring such companies to pay for contraceptives in health coverage for their workers.

As the conservative justices wrote for the majority, the RFRA was enacted by Congress in 1993 in response to a 1990 high court decision, Dept. of Human Resources of Ore. v. Smith, which found that a state could deny unemployment benefits to a person fired for using peyote, even if the drug was used as part of a religious ritual.

The Smith case came to fore after two members of the Native American Church were fired for ingesting peyote for sacramental purposes and then were later denied unemployment benefits by the state of Oregon because consuming peyote was against the law there.

Enter Congress and its RFRA, aimed at preventing such religious-based discrimination. It passed with almost unanimous support in both the House and Senate, and President Bill Clinton signed it into law in 1993.

One year later, the House Subcommittee on Native American Affairs and the Senate Committee on Indian Affairs further dealt with the narrow issue of Smith on the specific issue of the sacramental use of peyote.

“We amended the American Indian Religious Freedom Act [AIRFA] in 1994 to allow for the sacramental use of peyote,” says Tadd Johnson, former director of the subcommittee and now the head of the American Indian studies department at the University of Minnesota at Duluth. “President Clinton signed it into law. This AIRFA amendment on peyote still stands.”

Fast forward 20 years: The owners of Hobby Lobby and two other closely held for-profit corporations who believe life begins at conception and that it would violate their Christian beliefs to pay for birth control, sued the federal government under the auspices of RFRA.

Writing for the majority, Justice Samuel Alito agreed with their argument: “As applied to closely held corporations, the [Department of Health and Human Services] regulations imposing the contraceptive mandate [of Obamacare] violate RFRA,” he wrote. “RFRA applies to regulations that govern the activities of closely held for-profit corporations like Conestoga, Hobby Lobby, and Mardel.”

The high court further offered that the federal government could find ways to pay for birth control coverage if it wishes to do so.

And that is how a law rooted in protecting Indian religious freedom was successfully used by major companies to shield them from having to pay for birth control for employees covered under the companies’ health plans.

It was a shocking development to many Indian-focused legal experts who were working in the trenches during the peyote-based foundations of RFRA, and who have since seen that very law applied by the federal courts in ways that they feel are unjust toward American Indian religious practices involving sacred sites.

Stephen Pevar, a lawyer with the American Civil Liberties Union (ACLU) who has long argued in favor of protections for Indian religious practices, said he never envisioned that the RFRA would be used for such a purpose. “[I]t never occurred to me,” he said. “I doubt if it occurred to anyone.”

Pevar followed the drafting of the RFRA and early Indian advocacy for it by respected Native American legal scholars including Jack Trope, director of the Association on American Indian Affairs, and Walter Echo-Hawk.

Trope, too, was surprised to see the RFRA used in such a manner. “I can’t say that I ever really thought about the issue of for profit corporations utilizing RFRA until these cases came up,” he says.

In 1997, Indian-focused legal advocates were disturbed to see the RFRA watered down by the Supreme Court, which ruled then in City of Boerne v. Flores that the law was applicable to the federal government but not to the states. Thus, tribal citizens who have their religious freedoms usurped by states, as happened in the original Smith Peyote case, are left unprotected by federal law.

Of more concern to such advocates is that the high court has never used the RFRA to do what it was intended to do: protect Indian religious freedoms. Yet now, it is using the law to limit the rights of women who want to use their healthcare coverage to buy birth control.

Pevar sees a parallel between how the high court treats Indians and women. “The Supreme Court, with rare exceptions, has been insensitive to women’s issues, and the Court’s record is even worse—far worse—on Indian issues,” he says. “In the last 30 years, Indians and tribes have lost at least 75 percent of their cases in the Supreme Court. The Supreme Court is asked to review some 7,000 cases a year but selects fewer than 100.

“The fact that the Court selects so many Indian cases and then rules against Indians in those cases suggests a desire to harm Indian interests.”

A Silver Lining for Sacred Sites?

If there is any good news for Indians to come from the case, Trope says that it provides an outline to allow Native-focused lawyers to strengthen their arguments in the federal courts regarding the use of RFRA to protect sacred sites in future cases.

Trope notes that in the recent Navajo Nation case before the Ninth Circuit focused on the tribe’s contention that the San Francisco Peaks are sacred to the tribe and thus corporate development on them should be limited, “one of the main arguments made against us was that RFRA was meant to turn back the clock to the day before the Smith decision in 1990.”

Such rationale meant that decisions like the Supreme Court’s in the 1988 Lyng case – which interpreted the First Amendment in a way that did not provide protection to Indian sacred sites – would still be good law, despite the existence of RFRA. (The Lyng case centered on an American Indian religious-based challenge to the development of a road for timber harvesting.)

But “[t]he court in the Hobby Lobby case rejected the idea that the intent of RFRA was only to restore the law as it was in 1990 before Smith,” Trope says. “Instead, the court essentially held that RFRA provides broader protection than was provided by the First Amendment prior to the Smith case.”

Because the application of RFRA to Native sacred sites has been unresolved to date – notwithstanding the Ninth Circuit’s toiling in Navajo Nation’s San Francisco Peaks case – Trope finds in the latest decision a reason to be hopeful.

“[O]nly time will tell whether the interpretation of RFRA in Hobby Lobby turns out to be helpful in future sacred sites cases or whether courts will continue to find ways to reject Indian religious freedom claims,” says Trope.