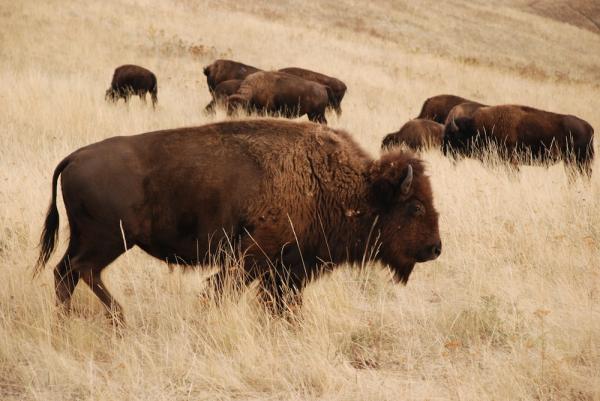 The U.S. Department of the Interior has released a plan to preserve and restore bison populations to the wild.

The Department of the Interior has reaffirmed its commitment to restore bison to “appropriate and well-managed levels on public and tribal lands” by working with states, tribes and other partners.

“The Interior Department has more than a century-long legacy of conserving the North American bison, and we will continue to pursue the ecological and cultural restoration of the species on behalf of the American public and American Indian tribes who have a special connection to this iconic animal,” said Secretary of the Interior Sally Jewell in a June 30 statement announcing the release of a report, DOI Bison Report: Looking Forward, which outlines plans to work with tribes, states, landowners, conservation groups, commercial bison producers and agricultural interests to restore the bison population to a “proper ecological and cultural role on appropriate landscapes within its historical range,” the DOI statement said.

“This report reaffirms our commitment to work with many partners to ensure healthy, ranging bison contribute not only to the conservation of the species, but also to sustainable local and regional economies and communities,” said Acting Assistant Secretary for Fish, Wildlife and Parks Rachel Jacobson in the statement.

A key component of the report addresses recent developments regarding brucellosis quarantine that could allow for the relocation of Yellowstone bison outside the Greater outside the Greater Yellowstone Area, if they are quarantined and determined to be brucellosis-free. A new protocol developed by the Wildlife Conservation Society (WCS) and introduced in February strongly suggests that this is indeed possible.

“The results of this study indicate that under the right conditions, there is an opportunity to produce live brucellosis-free bison from even a herd with a large number of infected animals like the one in Yellowstone National Park,” said Dr. Jack Rhyan, APHIS Veterinary Officer, in a WCS statement in February. “Additionally, this study was a great example of the benefits to be gained from several agencies pooling resources and expertise to research the critical issue of brucellosis in wildlife.”

The new information “raises the potential that for the first time in over a half century, Yellowstone bison could once again contribute to the broader conservation of the species beyond the Greater Yellowstone Area without spreading brucellosis,” the DOI said in its statement. “When evaluating whether to implement a brucellosis quarantine program in the future, Interior will follow all necessary processes to ensure full involvement by states, tribes, and the public.”

As such, the department said it was unwaveringly committed to working with tribes to restore bison on public and tribal lands “because of its cultural, religious, nutritional, and economic importance to many tribes.”

The American buffalo, which numbered an estimated 40 million when Europeans first arrived on Turtle Island, had been reduced to 25 by the late 19th century, Interior noted. Since then many parties have worked hard to bring them back from the brink of extinction and reintroduce them to tribal lands.

“Interior lands now support 17 bison herds in 12 states for a total of approximately 10,000 bison over 4.6 million acres of Interior and adjacent lands, accounting for one third of all bison managed for conservation in North America,” the department said.