Note: Being Frank is the monthly opinion column that was written for many years by the late Billy Frank Jr., NWIFC Chairman. To honor him, the treaty Indian tribes in western Washington will continue to share their perspectives on natural resources management through this column. This month’s writer is Ed Johnstone, treasurer of the NWIFC and Natural Resources Policy Spokesperson for the Quinault Indian Nation. 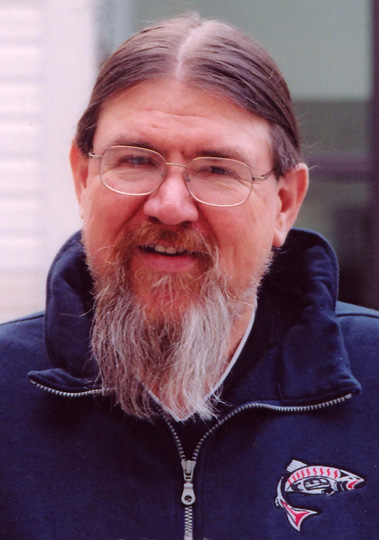 OLYMPIA – Our planet is talking to us, and we better pay attention. It’s telling us that our climate and oceans are changing for the worse and that every living thing will be affected. The signs are everywhere. The only solution is for all of us to work together harder to meet these challenges.

We are seeing many signs of climate change. Our polar ice caps and glaciers are melting and sea levels are rising. Winter storms are becoming more frequent and fierce, threatening our homes and lives.

It is believed that we are witnessing a fundamental change in ocean and wind circulation patterns. In the past, cold water full of nutrients would upwell from deep in the ocean, mix with oxygen-rich water near the surface, and aid the growth of phytoplankton that provides the foundation for a for a strong marine food chain that includes all of us.

The change in wind and ocean patterns is causing huge amounts of marine plants to die and decompose, rapidly using up available oxygen in the water. The result is a massive low oxygen dead zone of warmer waters off the coasts of Washington and Oregon that is steadily growing bigger, researchers say. Large fish kills caused by low oxygen levels are becoming common, at times leaving thousands of dead fish, crab and other forms of sea life lining our beaches.

Low oxygen levels and higher water temperatures are also contributing to a massive outbreak of sea star wasting syndrome all along the West Coast. It starts with white sores and ultimately causes the star fish to disintegrate. While outbreaks have been documented in the past, nothing on the scale we are seeing now has ever been recorded.

We are also seeing basic changes in the chemistry of our oceans. Our atmosphere has been steadily polluted with carbon dioxide for hundreds of years. When that carbon dioxide is absorbed by the ocean, those waters become more acidic and inhospitable to marine life. Young oysters, for example, are dying because the increasingly acidic water prevents them from growing shells. Researchers say that ocean acidification could also amplify the effects of climate change.

Because we live so closely with our natural world, indigenous people are on the front line of climate change and ocean acidification. That is part of the reason that native people from throughout the Pacific region will gather in Washington, D.C. in July for our second First Stewards Symposium. Tribal leaders, scientists and others will examine how native people and their cultures have adapted to climate change for  thousands of years, and what our future—and that of America—may hold as the impacts of climate change continue.

President Obama’s commitment to addressing adaptation to climate change in a real and substantive way is encouraging. Tribes stand ready to partner with the Administration and others any way we can to protect our homelands and the natural resources on which our cultures and economies depend. Only by all of us working together – supporting one another – will we be able to successfully face the challenges of ocean acidification and climate change.