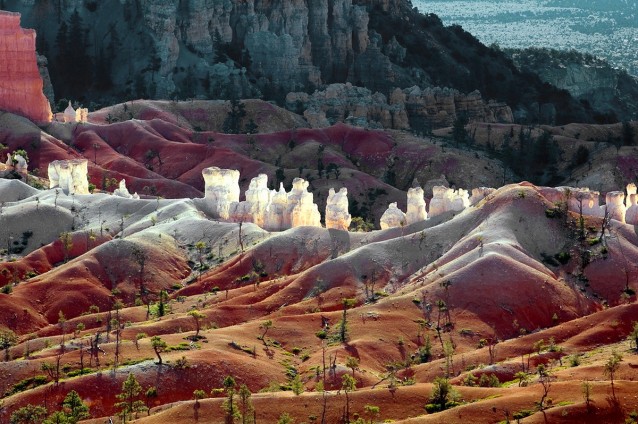 In June, Interior Secretary Sally Jewell said, “we’re in the forever business; our charge in national parks is to preserve them unimpaired for future generations.”

A new study from National Park Service scientists William B. Monahan and Nicholas titled Climate Exposure of U.S. National Parks in a New Era of Change shows just how much of a challenge this will be.

Published in PLOS One Journal, the report confirms that climate change is underway in America’s treasured national parks. The science is clear that the parks are changing in fast-moving and highly concerning ways.

“This report shows that climate change continues to be the most far-reaching and consequential challenge ever faced by our national parks,” said National Park Service Director Jonathan B. Jarvis. “Our national parks can serve as places where we can monitor and document ecosystem change without many of the stressors that are found on other public lands.”

Using climate data from the last three decades for 289 national parks and comparing it to historical variability, the researchers found that temperatures are currently at the high end of the range of temperatures measured since the turn of the 20th century.

With the impacts of climate change often lacking in immediate and powerful imagery aside from extreme weather events, annual trips to national parks can be one way for people to notice the slower changes over time.

“Whether or not you choose to think about the causes of climate change, all you have to do is open your eyes and look around you to see that climate change is real,” said Jewell in June, admitting that maintaining national parks in the long-term means incorporating some adaptation measures. “So we can no longer pretend it’s going to go away. We have to adapt and deal with it.”

Grand Canyon National Park has recently experienced temperatures far above historical norms. Not only does this weigh heavily on the millions of visitors who frequent the sprawling Arizona park every year, but it is also a direct threat to the wildlife in the area. Joshua Trees are dying in Joshua Tree National Park in California due to drought and heat. In the east, parks are getting hotter and wetter for the most part, threatening infrastructure and increasing the chances of devastating storms.

Glacier National Park in northwestern Montana may end up glacier-less in the next couple decades as only about 25 of the 150 glaciers around at the park’s founding in 1910 remain. One of the larger glaciers, Grinnell Glacier, has lost 90 percent of its ice. A visit to Glacier National Park is already in many ways an homage to the former landscape rather than a trip through a timeless one.

The National Parks Service (NPS) was created almost 100 years ago in 1916. Going forward, climate change will present a number of obstacles to the agency’s mission of preservation.

“The new century brings new challenges in terms of stewarding park resources in the face of environmental drivers that operate beyond park boundaries,” write the scientists. “Climate change further challenges us to develop new, ecologically viable desired conditions to guide the preservation of park resources in this new era of change.”

Around 275 million people visit National Parks every year. The NPS cannot reverse climate change or even manage the best adaptation measures without the help of the public and elected officials. While education is one means of progressing the conversation, it will take a coordinated effort to get in front of the problem.

Interior Secretary Jewell was formerly the CEO of REI. She compared her responsibilities there to those as leader of the NPS.

However she sees the Obama administration’s Climate Action Plan as a step in the right direction.

“Beyond benefiting public health and the economy, the President’s Climate Action Plan and other Administration efforts to cut carbon pollution will greatly benefit the parks, refuges, other public lands and cultural resources entrusted to the Department of the Interior on behalf of all Americans,” she said.