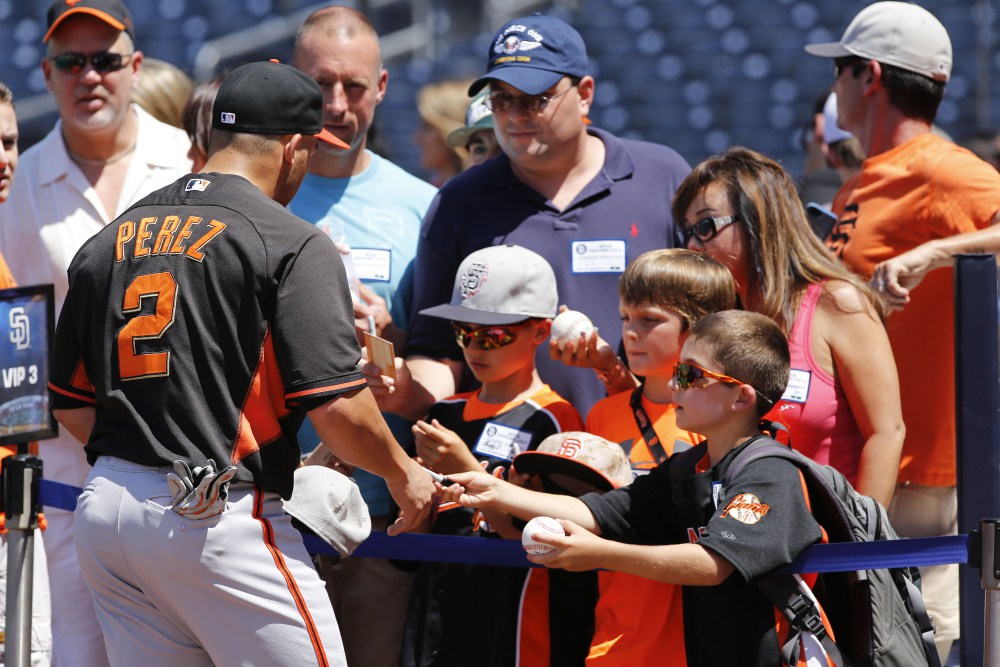 The San Francisco Giants are considering a policy that could prohibit fans from wearing items such as fake headdresses in what American Indian activist Suzan Shown Harjo believes would be a first for a major-league sports franchise.

“We are considering expanding the policy to be more explicit about culturally insensitive signs and articles of clothing,” she told USA TODAY Sports
“I don’t want to overstate where we are,” she added. “We haven’t finalized the language. We are still in the process of revising it.”

“We met with some folks as a result of the incident,” Slaughter said. “What we’re looking at is not just specific to Native Americans. We have a desire to educate folks. The reason we do these heritage nights is to raise the awareness of the diversity of our region.”

“It is not acceptable for anyone to wear blackface anymore,” said Jacqueline Keeler, a founder of Eradicating Offensive Native Mascotry. “So why is it acceptable for fans to come to stadiums dressed in redface? The clowning of our culture must stop.”

Keeler’s cousin, Kimball Bighorse, is one of the American Indians who was detained in the incident at the Giants game and Keeler said Bighorse has been among those meeting with Giants officials about what they could do to prevent future incidents.

The proposed policy comes at a time when Indian team names are a flash point in the broader culture. Much of the attention has centered on the Washington NFL club, whose federal trademark registrations were canceled last month in a case that the team’s attorney said will be appealed.

Harjo, who launched the first of two trademark cases in 1992 and who has followed the issue of Indian mascots for decades, said she has not heard of any other pro franchise that has a policy like the one the Giants are considering.

“The teams with so-called Indian identities should take note and follow suit,” Harjo said. “But owners who are in the business of the commoditization of Indians are not really in a position to ask anyone else to tone it down.”

The National Congress of American Indians and Oneida Indian Nation said in a joint statement: “It is encouraging to know that this highly successful sports franchise is willing to address the cultural insensitivity that occurred within their ballpark. … Instead of ignoring these issues, the San Francisco Giants are exploring a method to create a respectful and welcoming environment.”

USA TODAY Sports contacted the Atlanta Braves, Cleveland Indians, Kansas City Chiefs and Chicago Blackhawks in the spring for a story about how pro teams other than the Washington NFL club were responding to criticism of Indian-themed team names and imagery. Among the questions asked: “Fans of teams with Indian names often dress as pretend Indians, with painted faces and feathers. Are you comfortable with your fans doing that?” None of those franchises answered the question.