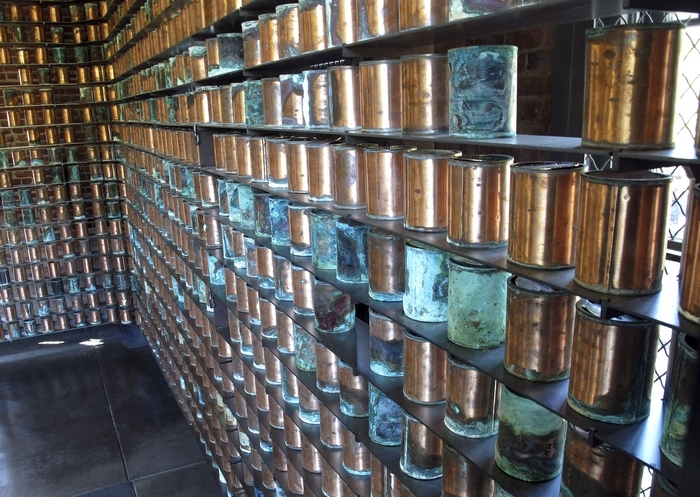 SALEM, Ore. — They were dubbed the “forgotten souls,” the cremated remains of thousands who came through the doors of Oregon’s state mental hospital, died there, and whose ashes were abandoned inside 3,500 copper urns.

Discovered a decade ago at the decrepit Oregon State Hospital, where “One Flew Over the Cuckoo’s Nest” was filmed, the remains became a symbol of the state’s — and the nation’s — dark history of treating the mentally ill.

A research effort to unearth the stories of those who moved through the hospital’s halls, and to reunite the remains with surviving relatives, takes center stage today as officials dedicate a memorial to those once-forgotten patients.

“No one wants to be laid to rest without some kind of acknowledgement that they were here, that they contributed, that they lived,” said state Senate President Peter Courtney, who led the effort to replace the hospital and build the memorial.

Between 1913 and 1971, more than 5,300 people were cremated at the hospital. Most were patients at the mental institution, but some died at hospitals, the state tuberculosis hospital, a state penitentiary or the Fairview Training Center, where people with developmental disabilities were institutionalized.

Hospital officials have worked for years to reunite the remains of their former patients with surviving relatives. Since the urns were found by lawmakers on a tour of the hospital in 2005, 183 have been claimed.

The 3,409 that remain and have been identified are listed in a searchable online database. Thirty-eight urns will likely never be identified; they’re unmarked, have duplicate numbers or aren’t listed in ledgers of people cremated at the hospital.

They came from different backgrounds, for different reasons. Some stayed just days before they died, others for nearly their entire lives. Twenty-two were Native Americans. Their remains won’t be part of the memorial; they’ll be returned to their tribes for a proper ceremony. Members of the local Sikh community are working to claim the remains of two people.

Many of the 110 veterans still there will eventually receive proper military burials, though some are ineligible due to dishonorable discharges or insufficient information available.

Some patients spent a lifetime at the hospital for conditions like depression and bipolar disorder that, in modern times, are treated on an outpatient basis.

“At the time, they just put them in a safe place and treated them with what they knew to treat them,” said Sharon Tucker, who led the two-year research project.

Records are sparse, even for people who lived for decades inside the walls. Some had severe delusions; others had physical deformities. Some seemed to be institutionalized because their families just didn’t know what to do with them.

But what does survive is a window not only into who they were, but the time in which they lived.

The remains of thousands have been transferred from the copper canisters to ceramic urns that will better protect them. The old canisters will be preserved to give visitors to the memorial a sense for how they once were housed.

“I think it will be very difficult to forget them now,” said Jodie Jones, the state administrator leading the hospital replacement project.