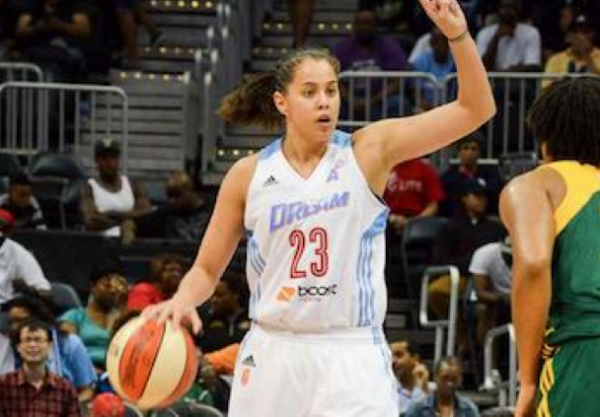 What are you doing on July 19?

If you’re not busy, you might want to drive, fly, walk or crawl (kidding) to Phoenix, Arizona to catch Shoni Schimmel play in her first WNBA All-Star Game.

According to the Courier-Journal, Schimmel, who was the only rookie chosen to start, received the most votes of any Eastern conference guard and the third-most of any player in the league with 25,601 votes. Maya Moore of the Minnesota Lynx received 28,389 votes and Elena Delle Donne of the Chicago Sky received 26,129 votes.

Schimmel also got more votes than some of the biggest names in the WNBA, including Candace Parker, Brittney Griner, Skylar Diggins and Diana Taurasi, and she’ll start the All-Star game even though she’s started only two of 18 games for the Dream, the paper reported.

“For the fans to go out and vote, I definitely have to give it to them. For them to have my back and sit there and vote for me every day is just something they took pride in,” Schimmel told the Associated Press. “They obviously want to see me in the game, so for them to do that means a lot to me.”