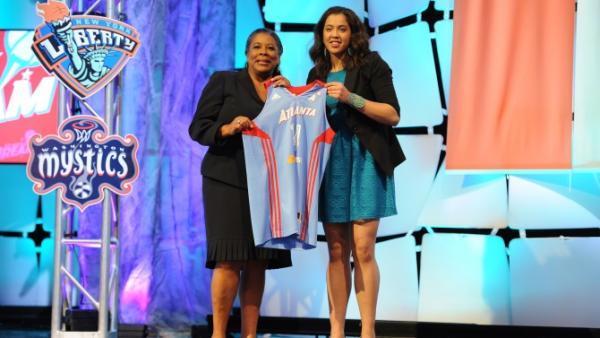 WNBA
Schimmel holds up her Atlanta Dream jersey on draft day in April 2014.

Since the start of the WNBA season, Shoni Schimmel has been one to watch.

Last week, she was officially named to the WNBA All-Star team earning a starting position for the Eastern Conference, a rarity for any rookie.

Now, the WNBA is reporting that Schimmel has the leagues most popular jersey, according to sales from WNBAStore.com that were tallied from the start of the 2014 regular season.

Her popularity with the Atlanta Dream also helped the team claim the No. 1 spot on the best-selling team merchandise list for the first time, WNBA.com reported. Schimmel is also among several players from the most popular jerseys list who are headed to the WNBA All-Star game including, Skylar Diggins, Elena Delle Donne, Maya Moore, Candace Parker, Brittney Griner and Diana Taurasi.

The WNBA All Star Game begins on July 19 and will be televisied on ESPN.