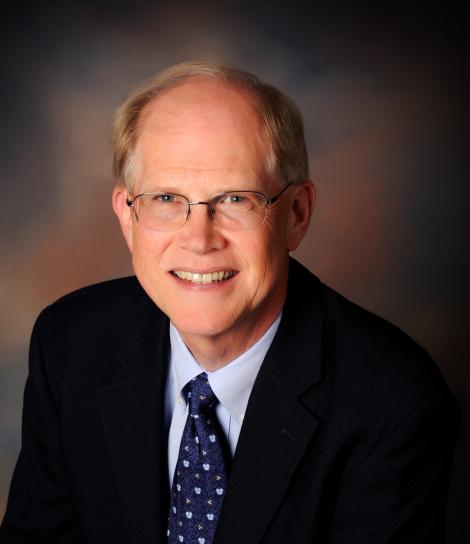 School Board votes to name longtime educator to replace José Banda; will conduct full search with community engagement this fall for permanent Superintendent

Distinguished local superintendent Dr. Larry Nyland was appointed Interim Superintendent of Seattle Public Schools by the School Board during a special meeting Friday.

The highly respected Dr. Nyland retired in June 2013 after nine years as the Marysville School District Superintendent, where he transformed a challenging climate. When he began in 2004, a 49-day teachers’ strike had resulted in declining enrollment, graduation rates were low and the community hadn’t approved a school bond issue in 16 years.

Through strengthening relationships with teachers and staff, community engagement with families, building partnerships with the business community, local service organizations and the Tulalip Tribes, he was able to rebuild the Marysville district into one that saw stabilized enrollment after the strike, win voter approval for a $118 million bond issue for new schools in 2006 and work with staff to raise graduation rates by 22 percent.

[Nyland headshot 2014]
Dr. Nyland replaces outgoing Superintendent José Banda, who on Thursday was appointed Superintendent of Sacramento City Unified School District. Seattle School Board members said they will soon outline a recruitment plan for hiring the next permanent Superintendent, a process that will include community engagement. Dr. Nyland will start by Aug. 1, and the Board is expected to ratify his contract at the Aug. 20 meeting.

“We feel deeply honored and privileged that Dr. Nyland will be stepping in as interim Superintendent,” said Board President Sharon Peaslee. “We hear from people who worked with Dr. Nyland that he is a brilliant visionary and the most outstanding superintendent they have ever known. One of his many strengths is bringing people together around highly effective improvements and solutions.”

This is not Dr. Nyland’s first interim appointment. He served as Interim Superintendent for the Shoreline School District in 1997, where he was appointed during a difficult time and helped renew trust and build relationships with labor groups, won voter approval for renewal of a local tax initiative to support schools and created a district focused on school improvement around literacy.

Before that, he was the Chief Academic Officer and Human Resources Director for six years at Highline Public Schools, and also served as Director of the Superintendent Program at Seattle Pacific University, where he also served as an adjunct professor from 1997-2013.

He started his career as a high school teacher in Gig Harbor, spent time as a principal and Superintendent in Alaska, and then returned to Washington to become the Superintendent of the Pasco School District from 1982-1992.

“My personal mission, no matter what role I’m in, has always been to bring people together to do what it takes to improve student success,” Dr. Nyland said. “I am delighted to join Seattle Public Schools to make sure the leadership transition is seamless, and to continue making progress on the five-year Strategic Plan.”

A 1966 Roosevelt High School graduate, Dr. Nyland received his Bachelor of Arts, Master’s degree and Doctorate in Education Administration from the University of Washington. He also served on the Dean’s Advisory Council at the UW from 2009-2011.

Since retiring from the Marysville School District, Dr. Nyland has spent the past year as a leadership coach, work that he has done through most of his career. This past year he has been in more than 100 classrooms working with 40 districts in the areas of superintendent evaluation training, superintendent coaching, student assessment consulting and as a leadership coach for principal evaluations. In fall of 2013, he worked with the Seattle School Board to facilitate a meeting on the superintendent evaluation process.

Dr. Nyland and his wife Kathy have a grown son and daughter. In his spare time, he is an avid reader, works on genealogy, does volunteer work and jokes that he may be one of the “world’s slowest runners.”

“Dr. Nyland and his family have longstanding ties to our community and he is well-known for his superb work as a leader who has repeatedly championed moves toward greater equity in public education,” Peaslee said. “We are fully confident he will continue to build relationships in our community and enhance our efforts to help all students meet high standards.”