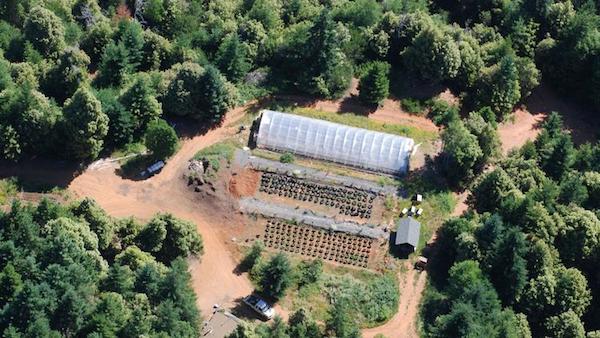 Yurok Tribe
One of the many illegal marijuana farms that federal agents uprooted in a raid on July 21.

The drought in California is exacerbating the effect that illegal marijuana farms have on the Yurok ’s water supply, and on July 21 federal and state agencies raided several properties on or adjoining the reservation along the Klamath River.

The raid was conducted at Yurok officials’ request, the Los Angeles Times reported, and involved the California National Guard, the Bureau of Indian Affairs, Bureau of Land Management, California Department of Justice’ North State Marijuana Investigation Team, and Yurok police. Operation Yurok, as it was called, was coordinated by the Humboldt County Sheriff’s Drug Enforcement Unit.

The Yurok are not the only ones contending with the effects of illegal pot grows on their lands. The Hoopa Tribe has been actively combating incursions as well.

Even without the ongoing and worsening drought, the farms put a strain on Yurok life in a number of ways. Rat poison kills sacred fish and other animals, lower water levels become too warm and unhealthy for salmon to spawn in, and water pressure is just about nil on the reservation.

“They’re stealing millions and millions of gallons of water, and it’s impacting our ecosystem,” Yurok Tribal Chairman Thomas O’Rourke said during the raid, according to the Los Angeles Times. “We can no longer make it into our dance places, our women and children can’t leave the road to gather. We can’t hunt. We can’t live the life we’ve lived for thousands of years.”

Not only that, but access to one sacred ceremonial site is blocked by a pot farm, O’Rourke told the Los Angeles Times. And growers have become brazen enough to trundle supplies to and from the farms in broad daylight.

“We are coming close to being prisoners in our own land,” O’Rourke said. “Everything we stand for, everything we do is impacted.”