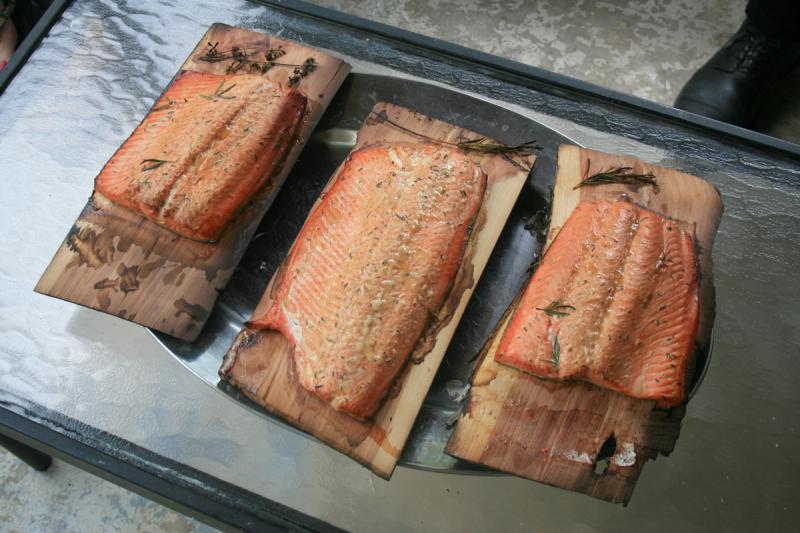 Washington is slowly moving ahead with a long-delayed plan to update its water quality rules. Tuesday’s will be the first public meeting on Gov. Jay Inslee’s proposal to dramatically increase the fish consumption rate, which determines how clean discharged water must be. But some say the proposal doesn’t go far enough.

“Well, yes, but it’s important to remember that that’s just one part of this equation,” said Chris Wilke with Puget Soundkeeper Alliance, one of four groups that sued the federal government last year to force it to make the state comply with the Clean Water Act.

Wilke says the plaintiffs are glad to see a more realistic fish consumption rate. But at the same time, he points out that Inslee’s proposal also lowers the bar on the allowable risk for cancer by a factor of 10, from one in a million to one in 100,000.

“It appears the state has kind of engineered the standards to come out where they want them to be or where might be acceptable to business interests,” Wilke said.

The state Department of Ecology says the Governor felt the compromise is necessary, because businesses have warned tightening the standard too much would prompt them to move jobs elsewhere.

And instead of just cleaning up the aftermath, Inslee is pushing for additional policies to discourage use of the chemicals in the first place, to “shift people away from using these kinds of things that are so problematic for the permit holders,” said Carol Kraege, who leads the state Department of Ecology’s toxics reduction efforts.

But the plaintiffs who brought suit for cleaner water say such policies might not make it through the Legislature. And they say a similar compromise was recently put forward in Idaho and rejected by the Environmental Protection Agency.