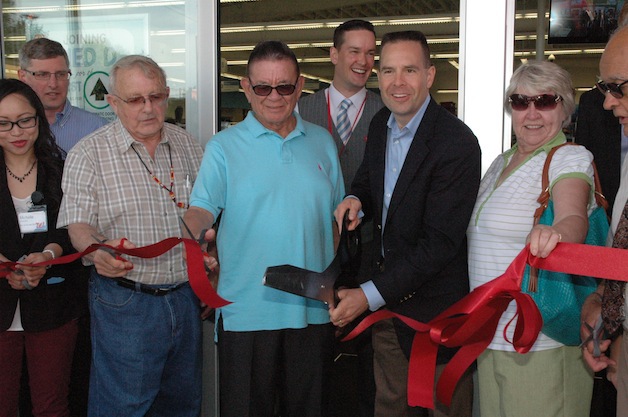 By Kirk Boxleitner, Marysville Globe
MARYSVILLE — Walgreens opened its Marysville branch at 404 State Ave. with fanfare and charitable contributions to the community July 18.

“The Mayor has already pleaded with me to add a yogurt shop, so I have my marching orders,” Walgreens District Manager Bruce Philip laughed. “Our managers have put together a fabulous group of store employees, who are talented and committed and enjoy taking care of their customers.”

Philip deemed his donations of $250 each, to the Marysville Historical Society and the Tulalip Boys & Girls Club, as evidence of Walgreens long-term commitment to its new community.

“We intend to maintain and even grow these contributions over time,” Philip said. “Our staff lives in this community, so we care what happens here.”

“It was only the seventh Boys & Girls Club on a Native American reservation,” Thacker said.

“Our kids are our future leaders, so we need to take care of them,” McCoy said.