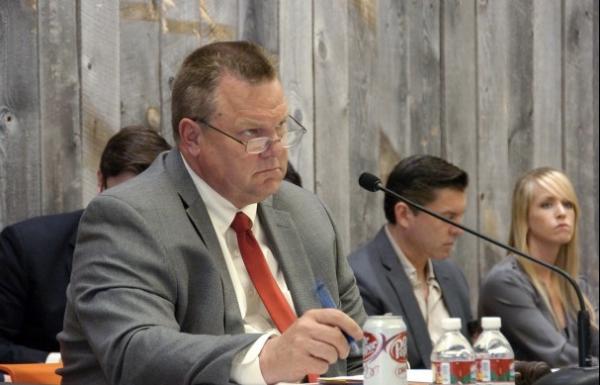 “I am disturbed by the number of Area Director positions that are now filled with ‘acting’ Directors.”

Sen. Jon Tester (D-Montana) wants to know why the leadership of the Indian Health Service (IHS) has failed to hire permanent directors in one-third of its regional offices.

Tester, chairman of the Senate Committee on Indian Affairs (SCIA), highlighted his concerns in a letter sent July 24 to Department of Health and Human Services Secretary Sylvia Burwell.

“I write to express my concerns about the unmet needs of the Indian Health Service regarding staffing shortages at all levels of the Agency,” Tester wrote in the letter, which his staff shared with Indian Country Today Media Network. “In particular, I am disturbed by the number of Area Director positions that are now filled with ‘acting’ Directors. It is difficult to understand how the Agency will affect change if it does not have these key leadership positions filled with permanent staff.”

Tester noted to Burwell that of the 12 IHS regions nationwide, four currently have acting area directors, including ones in Billings, Montana, and in Phoenix and Tucson, Arizona.

“These three regions alone represent a significant amount of the IHS service population,” Tester wrote. “The ability of these Regions to deliver quality health care to this population is impacted by the kind of leadership they have, and it would appear to me that the Agency is satisfied with temporary leadership. I can assure you that I am not satisfied.”

Tester asked Burwell to quickly fix this problem. “I urge you to take all necessary measures to fill the vacant Area Director positions,” he wrote. “I also request that you provide a written response detailing what specific actions the Indian Health Service and the Department of Health and Human Services plan to take to remedy the chronic inequitable staffing levels that exist throughout the agency.

“If there are legislative proposals that you believe would allow you to fill these positions more quickly, please feel free to share those as well,” he added.

In a recent interview with ICTMN, Tester discussed his concerns regarding current IHS Director Yvette Roubideaux, and he said that he has asked Burwell to investigate Roubideaux’ leadership.

RELATED: Interview: How Tester’s Sen. Committee on Indian Affairs Will Shake Things Up

“I think there are some communication issues that need to be worked out, and I’ve told [Roubideaux] exactly that,” Tester told ICTMN. “There needs to be a lot better communication between tribes and her.”

Tester said that there are “a lot of Native folks out there who don’t like [Roubideaux],” and he has heard from many of them.

“[T]he Indian Health Service is in tough shape, and there needs to be the leadership there that pushes the envelope and listens to the people on the ground…,” Tester said in the interview.

Tester said that he did not know whether Roubideaux would be re-confirmed to her position by the Senate because there has been consternation on his committee about doing so. Her re-nomination has been pending since April 2013. She has served in the job since 2009.

Sen. Mark Begich (D-Alaska) has been one of Roubideaux’ most vocal critics on the committee.  “I will continue to push against moving her forward because I want to see some more results here,” he told ICTMN in February, saying that he wished for Roubideaux to resolve more contract support settlements with tribes and to be a more effective advocate on budgetary matters.

Senate staffers of members who sit on the committee have questioned why the White House has continued to support Roubideaux when it is clear that Democrats and many tribal leaders have problems with her leadership.

“It is time for a breath of fresh air at IHS,” said one Senate staffer, who asked to remain anonymous. “Dr. Roubideaux has had her opportunity to serve, and she can be proud of her accomplishments. But she needs to see the writing on the wall. It’s time to move on.”

Tester wrote in his letter to Burwell that at a SCIA field hearing he held earlier this year in Billings, Montana, he heard testimony that “revealed the challenges associated with lack of leadership at the top levels of the agency, including ineffective communication, lack of a strategic vision, uncertainty of purpose, and low employee morale.”

“[T]hese problems directly affect the quality of care that American Indians and Alaska Natives receive and more work must be done to resolve these issues,” Tester wrote. “The federal government must do more to ensure that we are living up to our treaty and trust responsibilities to our first Americans.”